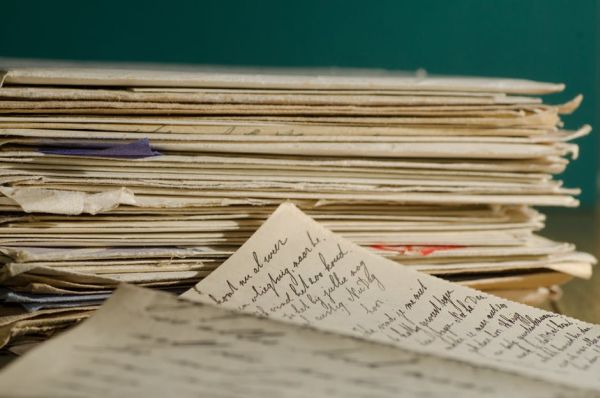 Bethany Aitchison, Curatorial Assistant with the Canadian Forces Museum of Aerospace Defence (CFMAD) is pleased to announce a new two-part exhibit entitled “Letters from the Heart.”

Located at 22 Wing/Canadian Forces Base North Bay, the exhibit promises to allow visitors to explore how relationships between friends and family were strengthened and stressed during long absences, and how letters helped both sides cope with the struggles of war.

The exhibit focuses on war-time letters and features an exhibit from the Archives of Ontario called “Dear Sadie: Love, Lives and Remembrance from Ontario’s First World War”, and an additional exhibit from the museum’s collection of Second World War letters home from fighter pilot William (Bill) Olmsted. Olmsted survived the war and returned home to North Bay to operate his business. Olmsted passed away in 1987.