Holliday still on the outside looking in for debate 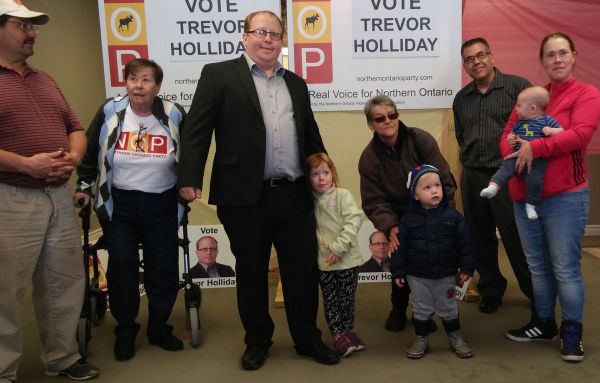 Northern Ontario Party leader and candidate for Nipissing Trevor Holiday says he has been in touch with another candidate about his exclusion from the Chamber of Commerce debate.

Holliday says that while he was out posting election signs, he crossed paths with NDP candidate Henri Giroux. He says he asked what Giroux’s opinion on the debate situation is and he agreed it is unfair.

Adding insult to injury, Holliday has said he was at first invited, but that was rescinded earlier this week. A YourTV and Cogeco policy that only four parties be invited to participate is cited as the reason for the “un-vitation.”

Candidates from the Green Party, Liberals, NDP, and Ontario PC have been invited to the debate, being held in the auditorium at Odyssee next Tuesday at 7:00pm.

Holliday says that some union groups have invited him to take part in their events but the snub from the Chamber debate has left a bad taste in his mouth.