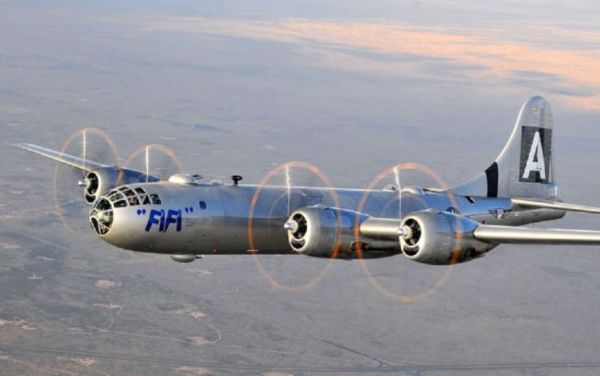 FIFI, one of two WWII-era B29 bombers still taking to the skies. Photo supplied

The visit of the B29 Superfortress coincides with NORAD’s 60th anniversary and Jack Garland Airport’s 80th. The plane will be arriving in North Bay and will be open to the public from August 8-12 as part of its 2018 Canadian flying tour.

The Dallas-based Commemorative Air Force aircraft is billed as a must see for all aviation enthusiasts. Nicknamed “FIFI,” the legendary aircraft is one of only two flying B29s remaining from the Second World War era. FIFI will be available to the public for both interior tours and flights during its stay at YYB. Tour times, prices and flight schedules are available here.

“FIFI is part of aviation history and we are pleased to have their tour include the Jack Garland Airport in North Bay,” says Kelly Hewitt, YYB’s Commercial Development Manager.