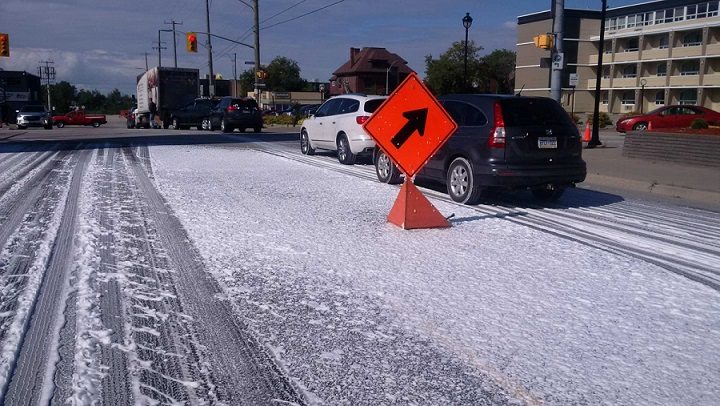 The City of North Bay has cut itself off from shooting winter-themed movies.

It’s the result of a specialty foam movie crews use during warm weather to simulate winter scenes on city streets. City Hall has sent a letter to producers saying Phos-Chek is prohibited in the community. The decision means crews would have to scout other locations for winter scenes.

However, a group named Film Enthusiasts of North Bay claims North Bay is the only Ontario city that has a ban on the foam and is fighting the prohibition: