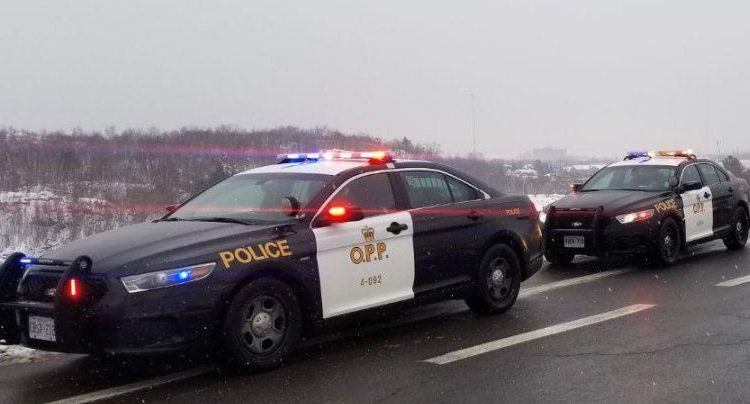 Two people from southern Ontario face drug and weapons charges after a traffic stop on Highway 11 near Powassan. (OPP, Twitter)

A 22-year-old St. Catharines, Ontario man is facing several charges after the Powassan OPP investigated a report of a vehicle driving the wrong way on Highway 11.

At 3:47am last Sunday, officers received a call about the vehicle that had gone into the ditch off the highway near Callander.

After speaking to the driver, the officer requested a Mandatory Alcohol Screening breath sample. Roadside tests were conducted, and the driver was transported to the North Bay Police Service to have additional tests completed by an officer trained as a Drug Recognition Evaluator.

As a result of the police investigation the driver was charged with:

The accused was issued a 90-day automatic driver’s licence suspension and the vehicle was impounded for seven days.

He was released on a promise to appear and is scheduled to appear at the Ontario Court of Justice in North Bay on February 19.