Transit buses to be outfitted with security cameras beginning next week 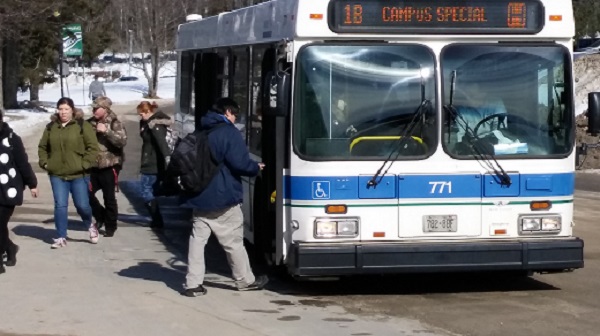 Manager of North Bay Transit Remi Renaud is encouraged by the strides the municipal service has taken in improving accessibility and ridership.

Next on the to-do list is ramping up security for both riders and operators by installing an array of security cameras on all buses in the fleet. Renaud says this project will get underway beginning next week.

Completion of the security camera project will take up to one month. “All 21 buses will have cameras installed and will play a significant role in the security of our passengers and drivers,” Renaud says. Some cameras will face out to capture footage surrounding the bus and each bus will also have at least four cameras pointed at the interior.

Renaud says numbers were up year-over-year at the end of 2018 and he owes this to maintaining a dependable and current fleet while adding some technological advances over the past few years.

The recent funding from the gas tax rebate from the province of close to $900,000 will help “continue to grow this transit system, we have done very well but this kind of funding is crucial to us,” says Renaud. “We will keep growing and meeting the needs of the citizens of North Bay.”