As the attached video shows, the 100 block of Main Street East filled with first responders at around 3:00pm yesterday.

Much of the action took place before the video was shot as police, fire and EMS dealt with a case of arson and a fight outside the scene of the fire.

North Bay Fire Chief Jason Whiteley reports fire crews were called to a structure fire at 136 Main Street East. He says the first fire crew arrived in just over three minutes and immediately began an interior attack and search and rescue. Fire crews contained and extinguished a deliberately set fire in the hallway and rescued one person while containing another resident from trying to re-enter the building.

Emergency crews also had to deal with a fight between three people outside of the building. Nipissing District EMS treated and transported two people to the hospital and North Bay Police have detained one person.

An estimate for damages has not been determined at this time. North Bay Police and the North Bay Fire Prevention Division are continuing the investigation. 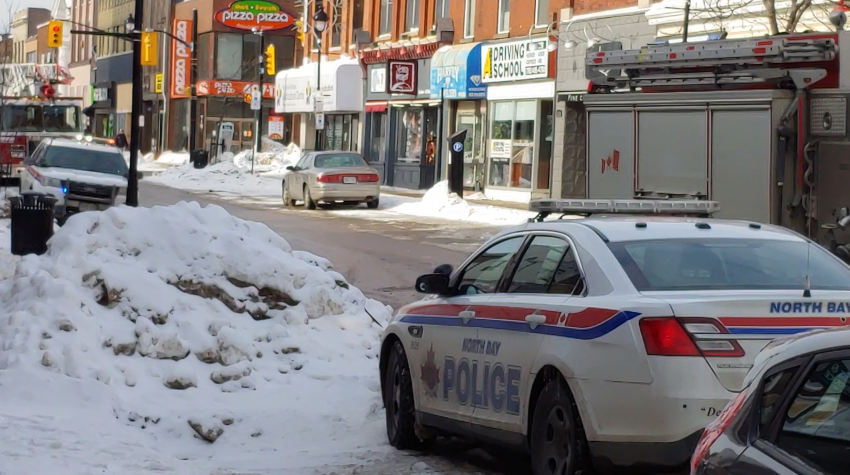 First responders raced to the scene of a deliberately set fire in the 100 block of Main Street East. Photo by Stu Campaigne, MyNorthBayNow.com