The Medical Officer of Health for the North Bay Parry Sound District Health Unit has advice for non-cannabis users who are near people who smoke up.

Chirico says a non-user in a room with people smoking cannabis could end up legally impaired just because the person was breathing in second-hand smoke.

Chirico says the size of the room, the amount of ventilation, the number of people smoking cannabis, the concentration of THC in the drug and the length of time to exposure are all factors that determine if the drug ends up in your system.

Chirico adds another factor is the non-user’s own tolerance level.

“So under the right conditions, second-hand cannabis smoke can result in you becoming legally impaired as if you really smoked it,” he said.

“You may not feel the effect of the drug, you may simply have the drug in your system and that’s the problem.”

Chirico uses an example of a non-user who is driving and a friend in the vehicle decides to smoke cannabis.

He says if the windows are rolled up and the level of THC in the drug is high “that’s a good example of how the person being exposed could be considered to be legally impaired.”

Chirico says compounding the issue is current testing doesn’t differentiate if the person actively smoked the cannabis or happened to be in the same area where it was being smoked. 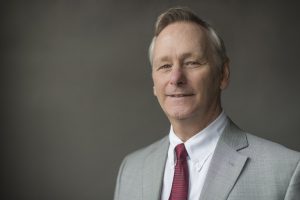 He says these types of instances could negatively impact a person’s career.

Chirico says a conviction of impaired driving for cannabis-derived from second-hand smoke has the same legal and career consequences as a person convicted for actively smoking the drug.

He says unlike alcohol, blood levels from booze correspond to levels of impairment.

However, a high concentration of cannabis in your bloodstream from second-hand smoke doesn’t necessarily mean you’re impaired but that’s not how it will look like in a roadside test.

“Cannabis is not handled the same way by the body,” he said.

“It’s variable.  So you might be over the legal limit in your blood yet you’re not impaired.  That’s where the science fails.”

But Chirico says this is problematic for people who have jobs where they have to “demonstrate abstinence from cannabis” especially if they are subject to random drug testing.

Chirico acknowledges the scenarios he points out also open the door to legal challenges but adds these are matters best answered by the courts.

What he can offer is advice and a message for non-users to think about.

“Exposure to second-hand cannabis smoke could have consequences related to driving, or work or for those who have to demonstrate abstinence from cannabis,” he said.

“It may be prudent to avoid exposure to smoky, poorly ventilated environments where cannabis is being smoked.”