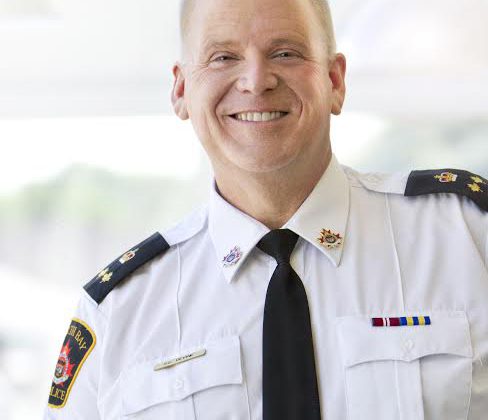 However, before people panic or overreact with what’s happening to Devine, throwing the Chief behind bars is part of the fundraising campaign the local Crime Stoppers holds every second year to raise money for the cash rewards it hands out for crime tips.

The local police board is donating $300 for Devine’s get-out-of-jail card and the police association is also donating $300.

The annual Jail-A-Thon takes place May 2nd at the centre court of Northgate Square.

The event will see numerous people scooped up by police and put on trial that will find them guilty no matter what they claim.

At that point, they are put in the makeshift jail until they raise enough money that frees them.