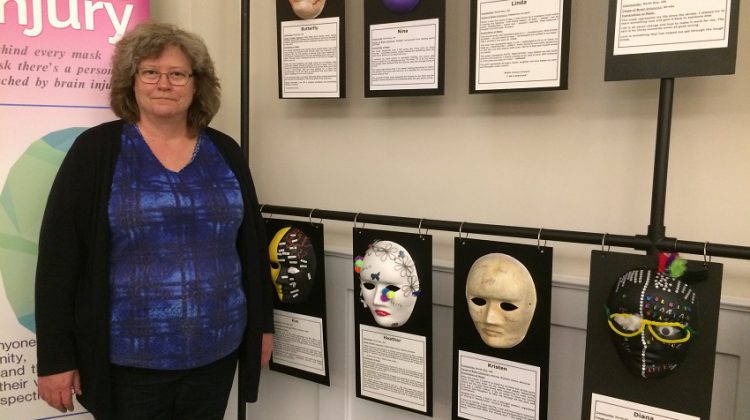 The President and Treasurer of the Brain Injury Association of North Bay and Area is trying to raise awareness about the disability.

Tracey Poole says across Ontario about 500,000 people have an acquired brain injury and each year 26,000 more people make that list.

However, most people aren’t aware that a person may have such an injury because it’s a hidden disability.

“People with brain injuries feel isolated.  That’s why being in a room with others who know how you feel can be very comforting.”

She says this is where support groups come in.

They can be both moral and emotional like finding someone who can help a loved one rehabilitate faster and better.

On top of that, there’s the emotional and financial impact on several levels.

Poole says, for one thing, there are no government paid programs to help people with brain injuries.

If they’re going to get help it’s through employer-sponsored benefits.

First, the victim will likely be off work and then somehow money has to be raised for rehabilitation.

Poole says it cost her family $25,000 when her brother acquired a brain injury and adds part of that cost was lost income.

With the emotional impact, Poole says family members have to come to grips with the fact a loved one with a brain injury has now changed.

“And you’re never quite sure if they’re ever going to be back to where they were and then what will be different,” she said.

Motor vehicle collisions can result in a brain injury as can slips and falls.

But then there are those instances that we normally don’t think about and as a consequence go undiagnosed.

“In a lot of those cases, if you have a spouse who’s been abused and had a blow to the head, he or she may not go to the hospital for obvious reasons,” she said.

“But (they) may find afterward that they are having problems concentrating and are fatigued and in general can’t think or put a sentence together at times.”

Poole says it used to be that people thought once you’ve been in recovery for two years with a brain injury, there would be no more improvements.

She says that’s a myth and the recovery process for an acquired brain injury is lifelong.

“Beyond two years you’ll continue to see improvements as long as you work at it,” She said.

How long it takes to recover Poole says depends on the severity of the injury, how quickly it’s diagnosed and whether the victim has received the correct diagnosis.

She says the types of therapies range from physical, occupational and cognitive.

Poole says brain injury victims in the North Bay region have the means to let people know what they feel and what it’s like to live with the injury.

It’s the creation of masks which the victims or their caregivers make and describe several things including how they got hurt and where they are from.

Poole says the local association has 57 such masks made over the years by various brain injury victims.

“The mask gives them a voice,” she said.

“They (the victim) make look fine on the outside but the mask signifies what they feel on the inside.”

Poole says the victims or caregivers create their own designs for the masks.

They are given a set of words and emotions and pick what’s significant to them and make the mask.

The masks are a province-wide initiative through the Ontario Brain Injury Association with nearly two dozen associations taking part.