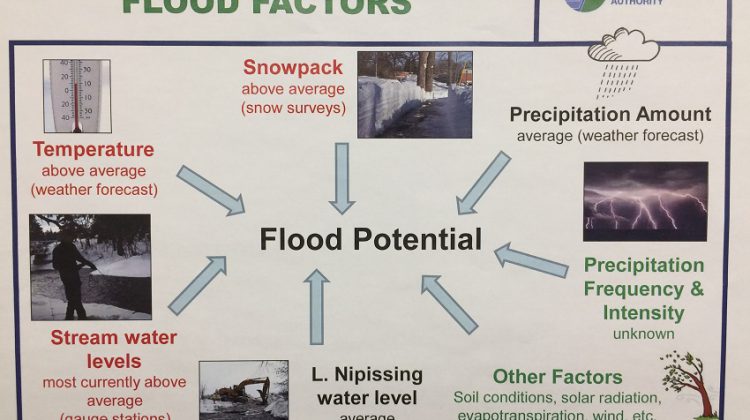 Monday’s rain has resulted in another extension to the flood warning for the North Bay District.

The Ministry of Natural Resources and Forestry has extended the warning to  June 17th.

The warning covers residents in the Lake Nipissing and Upper French River region.

On Monday, 20 to 25 mm of rain fell depending on the area and Thursday will see another 15 to 20 mm of rain with an additional 5 mm on Friday.

The MNRF says the wind continues to be a factor and its speed and direction can be a major influence on water levels.

The ministry says the long-term trend is for the lake level to keep dropping which it has been doing the last several days.

Although the MNRF expects the level to continue falling, that also depends on the amount of rainfall over the remainder of the week and the rate of evaporation.

The ministry says this week’s rain may cause a slight rise in the lake level.

It also says both Lake Nipissing and the Upper French River remain above flood-damage levels.