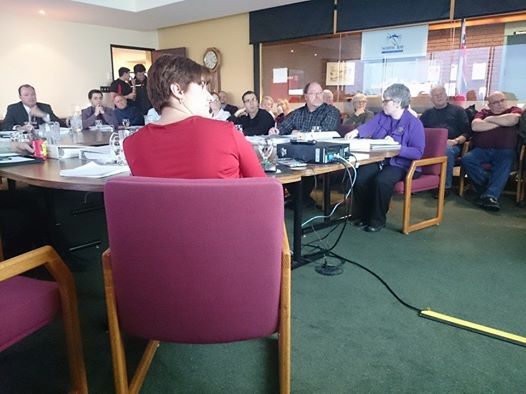 North Bay’s CAO Jerry Knox has put forward a proposed budget with a tax levy increase of 3.4 per cent. The budget was presented at a special committee meeting last night, as a starting point for councilors to work off of. The items that drew the most attention were a 1.2-million dollar reduction in the city’s pay-as-you go capital spending, and the cutting of salt usage and snowbank removal services. City council still seems to be split down the middle, with some wanting to increase services and the city’s tax levy, and others wanting to shrink that number to under the rate of inflation. The group has been called to meet again on February 26th to hear cost saving suggestions from each councilor. The budget vote is 40 days away.

One person injured and in police custody after structure fire

‘Wintry mix of precipitation’ expected in the area

One person injured and in police custody after structure fire

‘Wintry mix of precipitation’ expected in the area