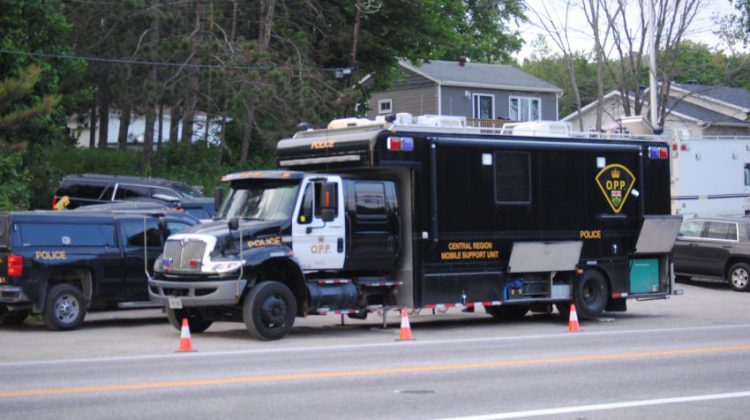 One of several OPP vehicles on the Nipissing First Nation overseeing an incident on July 10th. (Stu Campaigne, MyNorthBayNow.com staff)

If you are wondering why there was such a police presence off Highway 17 just west of North Bay yesterday, the OPP is releasing a few details.

As a result of the investigation, a 49-year-old male from Nipissing First Nation has been charged with sexual assault, contrary to section 271 of the Criminal Code (CC).

The accused has been remanded into custody pending bail.

The OPP will not be releasing the name in order to protect the identity of the victim. 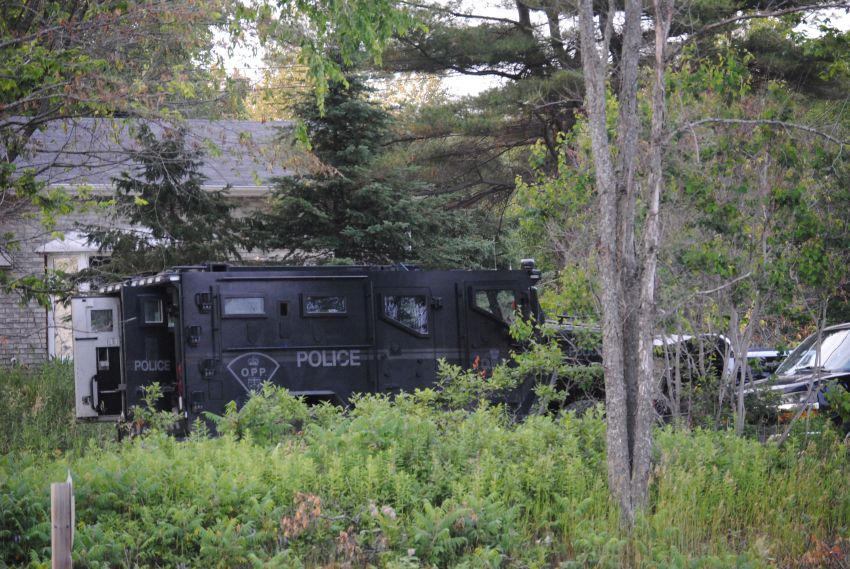 Asked for further comment on the number of officers, firepower, and armoured vehicles used in executing the search warrant, Cst. Joe Scali, a media officer with the OPP replied, “At this time the investigation is continuing.” 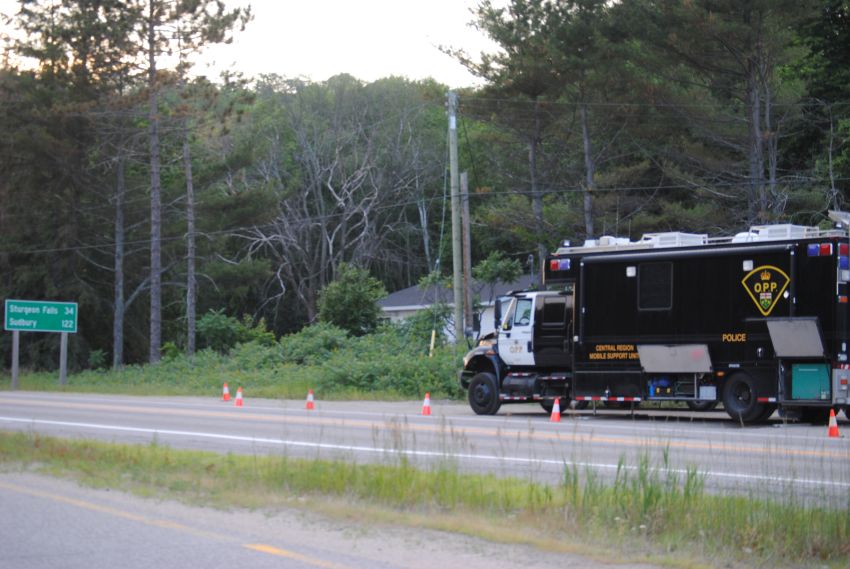 The OPP made the arrest near this location just west of North Bay. (Stu Campaigne, MyNorthBayNow.com staff)