And so it begins: Cassells Street reconstruction 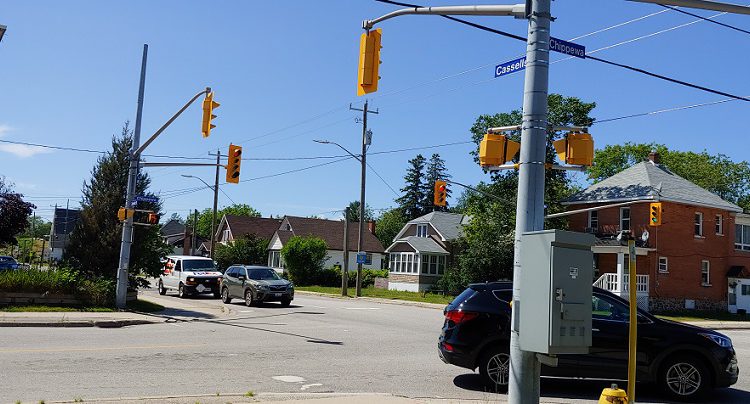 There are two certain things in North Bay in summer: shadflies and road work.

Both inconvenience the city’s residents but over time, many come to accept those inconveniences — and even their overall benefits.

The reconstruction of Cassells Street between King Street West and the Highway 11/17 bypass gets underway this week. This is a project touted by municipal officials to have “short-term pain for long-term gain.”

The two-year $10.9 million (plus HST) project will be completed by Kenalex Construction Company Limited, as part of a public procurement process.

“This extensive work will result in safer, more fluid travel for residents and visitors and will ultimately help local businesses on a major arterial road leading into the downtown,” said Councillor Chris Mayne, Chairman of Council’s Infrastructure and Operations Committee. “We’re continuing to focus on maintaining and improving City infrastructure, ensuring residents see that their tax dollars are well spent.”

The project will see traffic signals at Chippewa and Olive streets replaced, reconstruction of Shaw Street and improvements to the Victoria Street intersection. Sanitary and storm sewer systems will also be replaced, along with the water distribution system.

The Cassells Street bridge will be replaced, including rehabilitation of Chippewa Creek on both sides of the new structure. All disturbed areas will be restored.

A public information open house will be held tonight from 4:30pm until 6:30pm in the main lobby at City Hall featuring various drawings detailing the construction and associated traffic control. The City of North Bay and Kenalex Construction will have representatives on hand to answer questions and review concerns.

As construction proceeds, additional public notices will be issued to provide updates on the project’s schedule and progress.