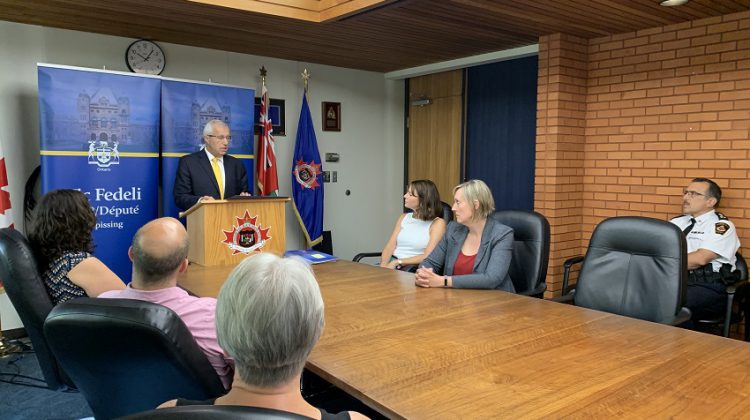 Fedeli says the first few hours when a person has gone missing are the most critical so the government is giving frontline officers additional tools to find that person faster.

Fedeli points out each of these tools can be used when there is no evidence that a crime has been committed.

“The report on the missing Indigenous women and the seven youths who were killed in Thunder Bay are the two pieces that really told us as a government that something had to done and it had to be done quickly,” Fedeli said at the announcement.

Fedeli points out there are pieces of the legislation that consider privacy issues and whether there is evidence that the missing person does not want to be located.

“The legislation guides privacy and police boards have to disclose what they have done and why they decided to do that,” he said.

Before the Missing Persons Act police were limited in how they could investigate when a person went missing and there was no evidence of a crime.