Chicago Cafe being turned into a Lou Dawgs franchise restaurant 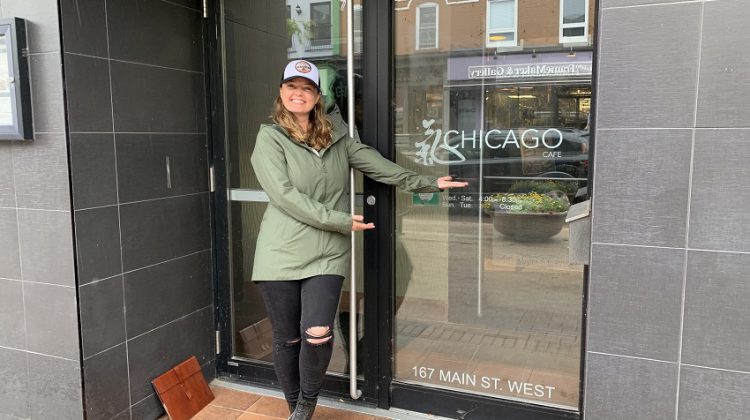 It’s been empty for a while but the Chicago Café is being transformed into a franchise restaurant.

The former restaurant will soon become a Lou Dawgs outlet, known for its Southern Barbeque-style foods.

General Manager Frankie Dumont says renovations are now underway at the downtown location and the goal is to open sometime in October.

Dumont says the existing building is in such good shape that not much work is required to turn it into a Lou Dawgs outlet.

The interior will have a rustic look similar to other Lou Dawgs restaurants.

“You’ll notice that cottage feel, there’ll be a lot of accents and eclectic art,” Dumont said.

Dumont adds the renovations will also pay homage to the Chicago Café with a section portraying a Chicago theme.

The exterior of the building will see two garage doors added to each side of the front door that open to a patio next year.

The back door of the building that overlooks Oak Street will serve as the take-out section.

The North Bay opening is the first Lou Dawgs for Northern Ontario.

Dumont says the hope is more outlets can open in Sudbury, Thunder Bay and Barrie.

Dumont says the hiring process should begin sometime in September and Lou Dawgs will need full and part-time employees.

The number would range from 10 to 20 people depending on how quickly the business grows.

Dumont says what sets Lou Dawgs apart from other franchise restaurants when getting their food supplies is the food is locally sourced.

As examples, she says staff will be able to buy food from the Farmer’s Market and also the meat processing plant that will open next year in North Bay.

Dumont says Lou Dawgs will have two smokers to help prepare its foods like beef briskets.

The franchise has a selection of musicians that tour various Lou Dawgs outlets.

Dumont says in addition to musicians from that travelling circuit, the North Bay outlet will also feature artists from Nipissing District.

The live music would be provided on weeknights towards the latter part of the week and is expected to range from folk, jazz and rock.

There’s also a Sunday brunch called Blues and Brunch where patrons are treated to blues music in the afternoon.

Dumont says Lou Dawgs has signed a 10-year lease at the former Chicago Café so it’s in North Bay for the long haul.