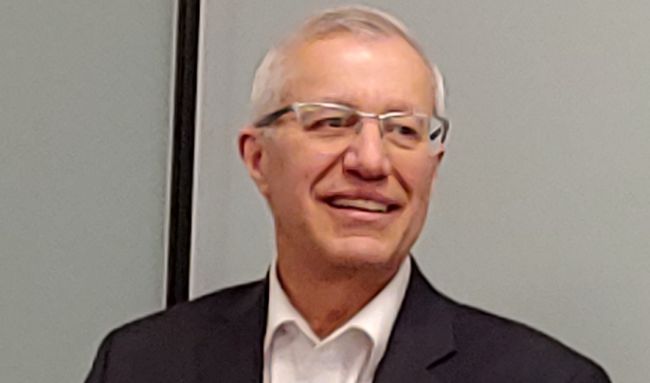 Nipissing MPP Vic Fedeli isn’t surprised by the findings in a report by the Fraser Institute that shows how expensive solar and wind energy can be.

The right-wing group says solar panels and wind turbines are cheap to operate because the source of the fuel is free.

But, the study finds despite these renewable power sources, what’s often ignored is solar panels and wind turbines are expensive to build.

In other words, it’s getting to those renewable energy sources that’s expensive and Fraser says those expenses have driven up electricity costs for consumers.

Fraser says that’s a 122 per cent increase in nine years.

The study also finds that solar and wind need constant backup sources of power because the sun doesn’t always shine and the wind doesn’t always blow.

Fraser Institute says some of the backup power is from natural gas-fired electricity plants which emit greenhouse gases because they have to be kept idling.

Reacting to the study, Fedeli says nothing is free about solar and wind.

“They are among the most expensive [forms of] energy to produce in Ontario today,” he said.

Fedeli says one of the first things the Ford government did was cancel numerous wind and solar projects which he called wasteful.

“That saved $790 million in the first couple of months,” he said.

Fedeli says the reason the contracts were a waste of money was that they produced power that Ontario didn’t need.

And because Hydro One doesn’t have the means to store surplus power, it has to be sold off every day at a discount to the Americans and Quebec.

“So we end up paying the United States and Quebec every single night to take our surplus power.  And it’s billions of dollars every year that we’re paying those competitors of ours.”

Referring to the Auditor General’s report, Fedeli says the AG identified that the solar and wind projects of the previous government resulted in “spending $37 billion in wasted money”.

“The Auditor-General has proven it certainly wasn’t anything in terms of bringing relief for families,” Fedeli said.

The report also says solar and wind are intended to displace emission-producing forms of power generation.

However, the Fraser Institute points out many provinces in Canada get much of their power from nuclear plants or hydroelectric dams and neither of these energy sources produce greenhouse gas emissions.

That point isn’t lost on Fedeli who says Ontario gets 60 per cent of its power from nuclear and additional power from its huge hydroelectric projects like Niagara Falls.

“We have clean energy from water and nuclear,” he said.

Fedeli says at this time it’s not a question of whether solar and wind are the way of the future.

He says what Ontario needs to do is stop producing power it doesn’t need or increase manufacturing in the province with new businesses that can use that power.

“That’s a lot more efficient for taxpayers than paying our competitors to take [our power] every single night,” he said.