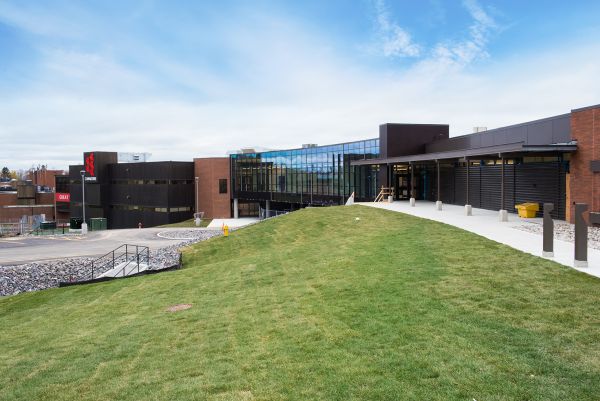 It won’t be long before Canadore College announces the second phase of The Village, which will incorporate a seniors’ complex.

Burton says there are existing campuses with seniors’ services, but they are stand-alone facilities where there was a land deal with a provider. He says what sets the local project apart from others are the seniors living on campus would be able to take advantage of the infrastructure. The goal is to have some students also live in the seniors’ complex.

“The students will be selected based on their interest,” Burton said. “It will be an option for them. I don’t see from a numbers perspective huge numbers of students living in the retirement residence but just enough to keep that balance.”

Burton says studies show people stay healthier in multi-generational settings and this is what the college is trying to accomplish. The Canadore President says the endeavour is also a chance for students to learn in a real-world situation. These are the students enrolled in programs like nursing and personal support workers. Burton says the students are able to apply the skills they learn outside the classroom but don’t have far to go when it comes to people they can help.

The seniors’ complex is geared to seniors who want to remain active in their retirement years and would still have things like their own vehicles. “We want to keep people active both physically and cognitively for as long as they can be,” Burton said.

Burton says the college is currently looking at what existing services can be integrated as part of the seniors’ complex. That means, financially, the existing infrastructure which was built with tax dollars gets more use by introducing a new set of users. This also means seniors enrolled in some of Canadore’s programming.

Going back to the studies, Burton says multi-generational settings “lead to greater quality of life for everyone, both young and old”. He says it’s because of the interaction between both sets of age groups.

“If you’re with the same group of people every day, pretty soon you run out of things to talk about and stories to share,” Burton said. “So you become less interested in the conversation and interaction.”

As for what the seniors’ complex may look like, Burton says the design work is ongoing but expects to have more to share soon.

Burton says the number of units is still being worked out as is the age group. “There will be a minimum age because of the levels of care that we can provide,” Burton said.

“That will dictate who is eligible based on their needs. There is a great need for levels of care for seniors in the region and we’re trying to meet some of that demand.”

The seniors’ complex would be located at the end of where The Village is now situated.

Once the design work is complete and other finishing details, Burton says he may have a better idea of how long it would take to construct the second phase.

Funding for this phase would be different from the first phase. Where the federal and provincial governments helped pay for the first phase of The Village, Burton says the seniors’ complex would be funded with private sector money and Canadore.

He adds once it becomes a reality, he hopes it’s a model other institutions see fit to copy.