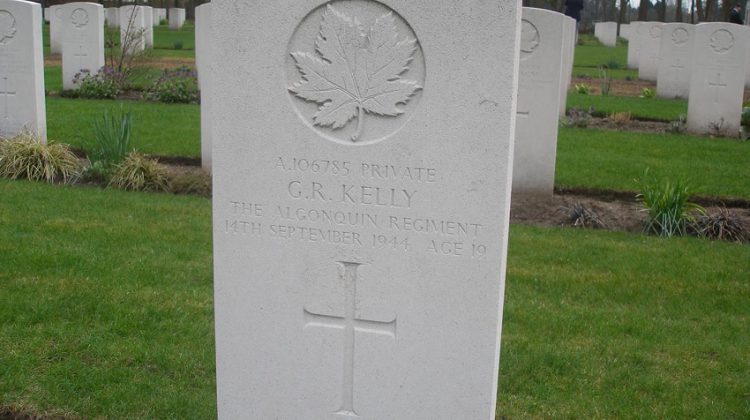 An Algonquin Regiment soldier killed during the crossing of the Leopold Canal, buried at Adegem Canadian War Cemetery in Belgium. (Supplied by John Hetherington)

Next month, residents of Moerkerke, Belgium will celebrate a momentous occasion with a Northern Ontario connection.

It was mid-September 1944, in the midst of World War II that Canadian soldiers were going through Belgium, pushing the Germans back. The Germans kept retreating until they reached an area called the Leopold Canal and at that point, they successfully repelled all Canadian attacks.

September marks the 75th anniversary of that attack and subsequent attacks that finally led to a Canadian victory. But it was costly.

North Bay resident John Hetherington says each year the residents of Moerkerke recognize the battle and with this being the 75th anniversary, Hetherington has organized a tour of the small village which is about the size of Powassan.

A former history teacher at West Ferris Secondary School in North Bay, Hetherington has studied many historical battles but this one is special because of the Algonquin connection.

Hetherington says although the Canadians eventually defeated the Germans, that victory was by other regiments. Hetherington says when the Algonquin Regiment was ordered to take the Leopold Canal all they had was “an afternoon to prepare for an attack to get across a double canal system just outside Moerkerke.”

“They attempted the crossing but the intelligence on what was on the other side, like how many troops, was lacking,” Hetherington said. “They were annihilated that night and it was the single greatest loss of the Algonquin Regiment throughout the course of the Second World War and the second-biggest loss of any regiment during the war.”

Of the 340 soldiers in the Algonquin Regiment that made the crossing, 135 were either killed, captured, missing or wounded. Hetherington says in one day the Algonquin Regiment lost close to half of its force. A number of weeks later Canada’s 2nd Division finally took the Leopold Canal once the military had more time to assess the information.

Hetherington says on September 15th the Moerkerke villagers will hold a huge memorial service which his tour will also attend. The small community also has a street named after the Algonquin Regiment in honour of the Canadian troops.

“The war came to Moerkerke for just a day before it moved on,” Hetherington said. “But the people never forgot the sacrifice of the Algonquins and what they tried to do.”

Hetherington says some of the residents who will be at the service ranged in age from eight to 12 during the war, adding they may have been children 75 years ago, but now as adults in their 80s he says they will welcome Canadians who are part of the 75th-anniversary tour “with open arms.”

The people making the trip with Hetherington are friends and family of the former Algonquin Regiment that took part in the battle and retired Algonquin Regiment officers and rank who served in the post-World War II era. Some members of the general public are also part of the tour.

Hetherington says the six-day tour includes a visit with a chemical engineer named Robert Kapsberg. “He knows more about the Algonquin Regiment that anybody else outside of Canada,” Hetherington said. “He has the largest collection of Algonquin memorabilia and uniforms in his home. He’s taken it upon himself to establish these information booths in the town of how the battle took place and recounting every step of every soldier who was captured or killed in the village.”

Hetherington says Kapsberg is the resident expert, who speaks perfect English and has written several books on the subject matter.

Hetherington carries out tours regularly to Europe with a World War Two theme so that people don’t forget the sacrifices soldiers made when liberating European nations. He became aware of the Moerkerke/Leopold Canal battle in 2004 on a visit to the village. This was before he began organizing battlefield tours. He knew something about the Leopold Canal battle and was trying to learn more about it when he stopped in a pub and when a couple of the patrons learned he was a Canadian they sat with him and took him to the site. 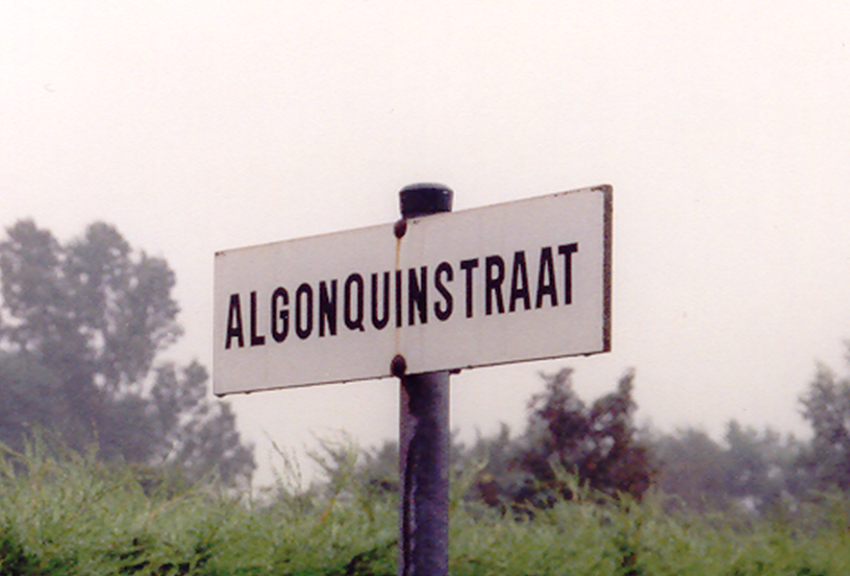 The street in Morekerke, Belgium named after the Algonquin Regiment. (Supplied by John Hetherington)

Once there he saw that one of the streets had been named after the Algonquins. “I said wow, I got to find out more about this,” Hetherington said. “This is pretty significant stuff. No one in North Bay knows about this. So when I got back home I started delving more and more into the battle and one thing led to another.”

The Algonquin Regiment was first mobilized in 1940 and drew from the Cobalt area, as well as Parry Sound, Timmins and North Bay and all points in between Huntsville. Later the Regiment expanded and soldiers from Kingston and Western Canada were added because the soldiers who made up the early years of the regiment had been killed.