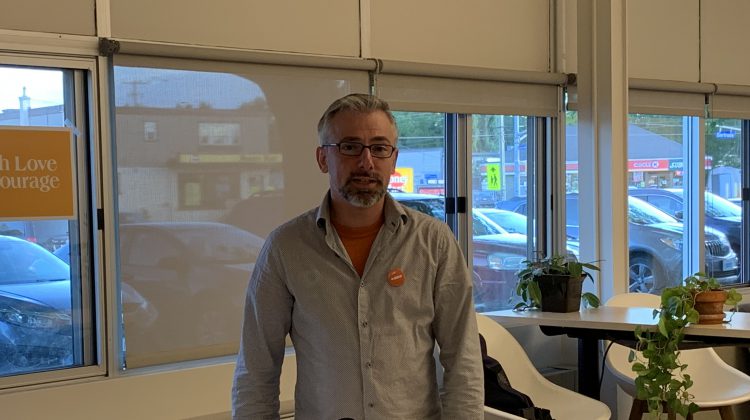 Rob Boulet has thrown his hat in the ring to be the representative in Ottawa for Nipissing-Timiskaming.

“Over the past couple of years, I have been working behind the scenes, and over that time I have become more accustomed to standing out and being with people.” Boulet said following his nomination last evening at the Coworking176.space.

“[Timmins-James Bay MP] Charlie Angus called me in the spring and asked me to run, it felt like a natural fit and I am excited to come out and represent Nipissing.” When one looks around the political landscape in North Bay however, the competition will be stiff but Boulet feels that he is up to the task.

“It’s going to be a lot of work for us. I am going to be working full time, so I will be going out after work and on weekends to knock on doors. That’s what it’s all about for us though, talking to people,and representing people.”

The federal election is set for October 21.