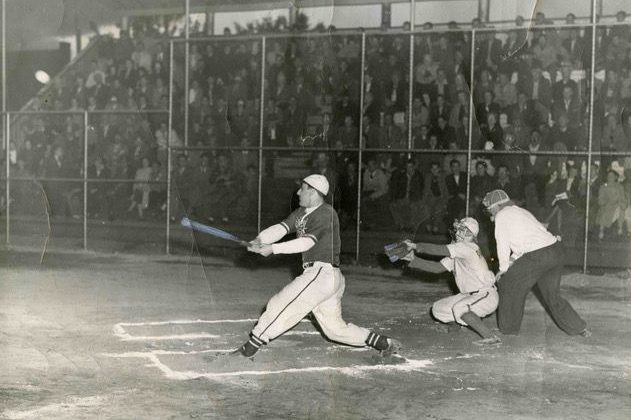 Anthony DeMarco playing for Garland’s in 1944. (The North Bay Museum via Lisa DeMarco)

Tony DeMarco, the long-time proprietor of DeMarco’s Confectionary on Algonquin Avenue, has passed away at the age of 99.

Anthony DeMarco was born in Italy in 1920 and only recently retired, at 94, from the shop.

According to the obituary, DeMarco “will be remembered for his unwavering faith, love of literature and the arts, passion for sports (especially his beloved Chicago Cubs), artistic talent, dedication to family and generosity of spirit.”

DeMarco’s Confectionary saw many generations of customers enter through its doors, and Tony is said to have made friends of many of them. 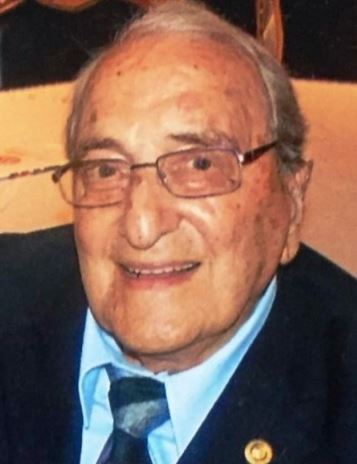 Mayor Al McDonald says, “Tony was an icon in our city. When I was young and just starting out in business and bought a building on Algonquin, Tony was the first to come over with a basket from his store to welcome us to the neighbourhood and gave me encouraging words of work hard and believe in yourself. He was always a joy to speak with and someone everyone in North Bay respected and liked. Tony was a true gentleman and lit up a room when he entered. Our thoughts and prayers go out to his family. He will be greatly missed by everyone.”

DeMarco “is predeceased by the love of his life, Joan, brother Frank and sister Connie. He will be lovingly remembered by his children, Judith (John), Christine (Alan), Carmen (Angie) and Lisa (Norman). He will forever be in the hearts of his seven grandchildren, 12 great-grandchildren and nieces and nephews.”

The family will receive visitors at the McGuinty Funeral Home on Sunday, September 1, from 2:00pm-4:00pm and 7:00pm-9:00pm. Funeral Mass will be celebrated at the Pro-Cathedral of the Assumption on Monday, September 2, at 10:00am.