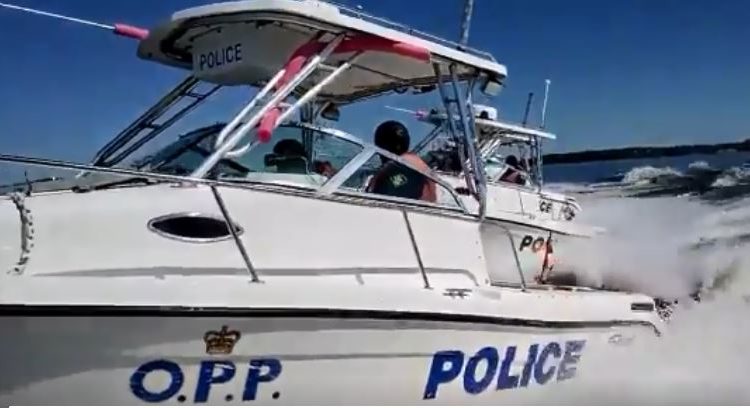 SEGUIN TOWNSHIP, ON- If you have video of the fatal boat crash on Lake Joseph from last weekend, give it to the police.

That’s the word from Detective Inspector Martin Graham, who is coordinating the investigation into the incident.

Gary Poltash, a 64-year-old man from Florida was killed instantly in the collision.

A 48-year-old woman, Susan Brito of Uxbridge, Ontario died in hospital from her injuries.

Three other people from both boats were treated and released from the hospital.

On Tuesday, the well-known Shark Tank judge told American tabloid TMZ that he was a passenger in a boat involved in the collision. He told the publication that the other, larger vessel, which had held the deceased man and injured woman, did not have navigation lights on at the time of the crash.

He also said it fled the scene of the accident, and that he was fully cooperating with the authorities.

“Out of respect for the families who have lost loved ones and to fully support the ongoing investigation, I feel it is inappropriate to make further comments at this time,” O’Leary was quoted as saying.

“My thoughts are with all the families affected.”

TMZ also cited a representative for O’Leary, who told the outlet that O’Leary’s wife was driving the boat at the time of the crash, and later passed a DUI test given the same night.

O’Leary’s representative also maintained it was the other vessel that fled the scene. The publication’s earlier reporting had cited a source close to the owner of the larger vessel, who had said that O’Leary’s boat had fled.

TMZ’s reporting had also mentioned sources close to O’Leary saying that video captures the area of the lake where the crash occurred, which he is hoping to get enhanced to prove the lights on the other vessel were not on.

On Thursday, the MyMuskokaNow.com newsroom spoke with Graham about that possibility.

Graham said that police had asked for video earlier in the investigation and had conducted a canvass of the area seeking anyone who may have had potential video footage of the lake that captured the accident.

“We would encourage anybody that does have that, or believes they may have, to contact us in order that we may determine if it has any value (as evidence),” said Graham.

Graham would not confirm or deny that video has been received at this stage of the investigation.

“Pending charges being laid, if and when charges are laid,” said Graham.

He also confirmed that both boats had left the scene of the crash, making their way to shore and contacting emergency services to seek assistance.

Asked about the conflicting accounts of O’Leary and the other sources linked to the owner of the other vessel, Graham couldn’t comment.

“We’ll conduct the investigation and speak to everybody that has potential evidence to give us, and then we’ll come to hopefully a conclusion about what transpired that evening,” said Graham.

Graham said the locations of both vessels are known to police, and a detailed examination of both will be done. Once it’s finished, it will be considered with all the other evidence collected by police.

Residents of the area near where the crash occurred can help by police by passing on any information they may have heard, or anything they believe useful to the police. They’re encouraged to come forward.

Graham believed it was too soon to talk about charges, or how long the investigation would take.

“We will do it as quickly as possible, and we will do as effectively and as efficiently as possible, in order that we satisfy ourselves and to the public that we completed a thorough investigation of the events that transpired,” said Graham.