Life ‘span’ of closed Lamorie Street bridge to be determined 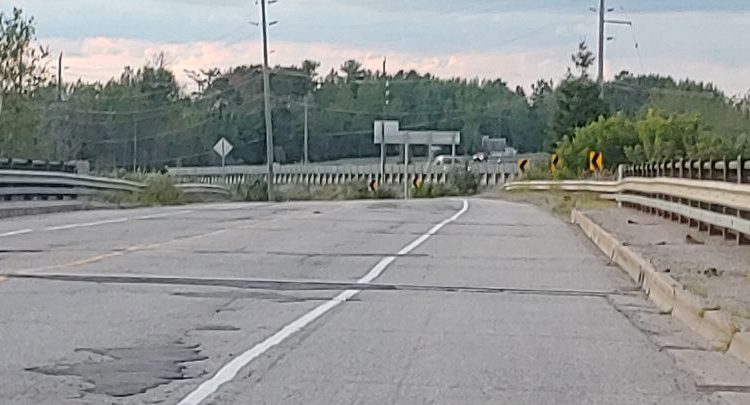 The Lamorie Street bridge will be closed to through traffic until Sunday. (Stu Campaigne, MyNorthBayNow.com staff)

Beginning today, the Lamorie Street Bridge will be temporarily closed to through traffic from Lakeshore Drive and Pinewood Park Drive to Birchs Road.

The City of North Bay says the aging bridge will be closed for three days for the purpose of completing a condition survey.

Chris Mayne, Chair of Council’s Infrastructure and Operations Committee said the purpose of the survey is to “review the current condition of the bridge,” and to ascertain whether it can be “improved, upgraded, rehabilitated? What is the life expectancy of the bridge? Can it be re-decked? What would the cost be? What are some of the options moving forward?”

Mayne added estimates for bridge replacement have come in at approximately $9 million, meaning at a one-third, one-third, one-third funding model, the City of North Bay would be on the hook for $3 million. Mayne noted it is a hefty price to pay for the municipality if it is shown usage is on the low side for such a project.

Local traffic will be permitted for residents and businesses in the immediate area.

Weather permitting, Lamorie Street will be re-opened to traffic by Sunday.