Arena progress is ‘a big deal’ 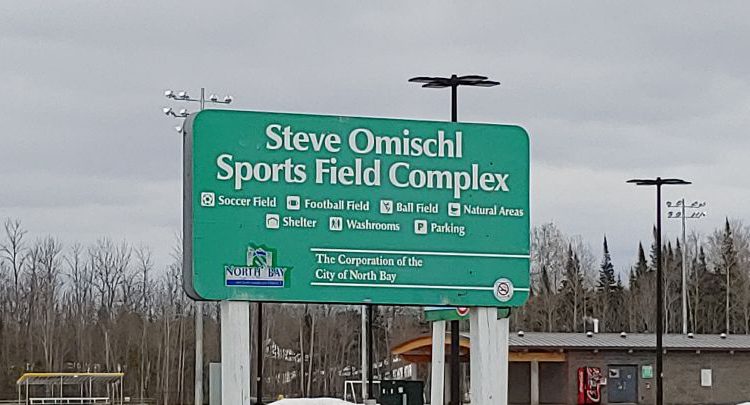 The new arena will be built at the Steve Omischl Sports Complex. (Stu Campaigne, MyNorthBayNow.com staff)

The process has taken years and there are a couple more to go.

Slowly but surely, progress is being made on North Bay’s new community and recreation centre.

Council has approved a contract worth $1.85 million (plus HST) to MacLennan Jaunkalns Miller Architects Ltd., which will handle architectural and engineering design services for the project, slated to be built at the Steve Omischl Sports Complex on Lakeshore Drive.

Councillor Mark King served as the chair of the arena committee during the last term of council and said, “It’s a big deal. There was never any doubt West Ferris Arena had to be replaced due to its condition.”

Council voted unanimously to move the project forward with the funding at Tuesday’s regular meeting at North Bay City Hall.

Chris Mayne, Chair of Council’s Infrastructure and Operations Committee says public input will be sought by the firm in the design firm, with consultations expected to come this fall and winter.

“The intent is to have construction start fall of 2020,” says Mayne. “So, they’ve got lots of time to get the design done, bring some comments in, bring the proposal back to council,” before shovels are in the ground.

Still to be decided is how the estimated $30 million development will be paid for and whether the community centre will be submitted to the Community, Culture and Recreation stream of the Investing in Canada Infrastructure Program (ICIP).

The ICIP model consists of a near one-third share of project funding among municipal, provincial and federal levels of government. The deadline to submit to the province for that stream of the program is November 12. The Government of Canada then must approve the submissions from Ontario.