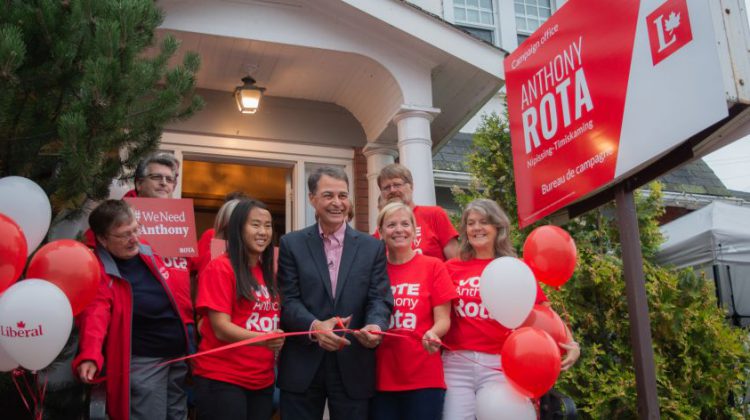 Anthony Rota has been re-elected MP for Nipissing-Timiskaming (Supplied by the Rota campaign)
Incumbent Anthony Rota, the Liberal Party of Canada candidate for Nipissing-Timiskaming, cut the ceremonial ribbon for his North Bay campaign office at 577 Main Street West on Tuesday evening with local supporters and volunteers.
The official opening of his Temiskaming Shores campaign office at 37-247 Whitewood Avenue West, will take place on Thursday at 12:00pm.
Rota has been elected to represent the riding in Ottawa on four occasions: in 2004, 2006, 2008 and 2015. As a member of the 42nd Canadian Parliament, he was appointed Assistant Deputy Chair of Committees of the Whole.