Puppies abandoned in August on track for adoption 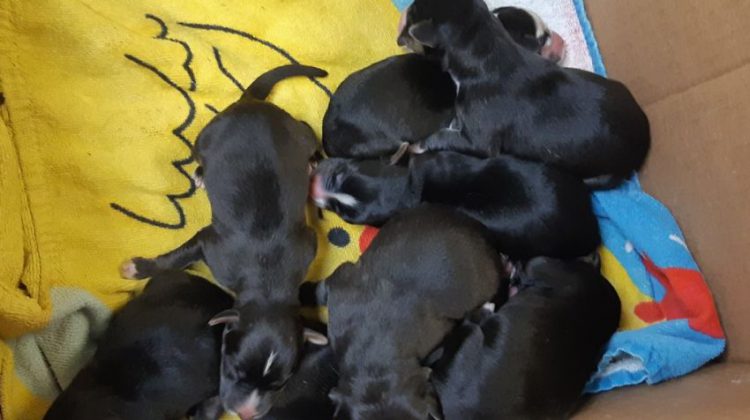 These puppies were found abandoned next to a dumpster. (Supplied by the North Bay and District Humane Society, Facebook)

After an outpouring of support from the public and local media alike a few weeks ago, the North Bay and District Humane Society is happy to keep the community apprised on the progress of the abandoned puppies.

The puppies are being cared for by a nursing mother and are doing great.

The puppies were thought to be only a couple of days old when found abandoned next to a dumpster. They were found with the umbilical cords still attached.

After a call for aid from the public to help care for the 11 abandoned puppies in August, the North Bay and District Humane Society reported 150 people volunteered immediately to feed the puppies.

The Humane Society says the famous pups will be up for adoption in six to eight weeks.