Continue the fight for Keera 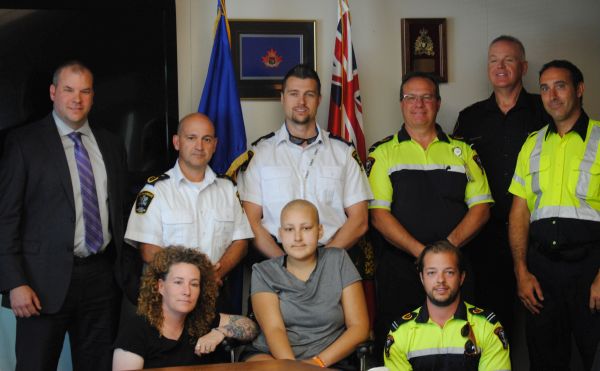 While undergoing treatment, and following her death, Keera Daniel and her family were supported by first responders and the community at large. (Stu Campaigne, MyNorthBayNow.com staff)

A blood donor clinic will be held tomorrow in honour of Keera Daniel.

Keera was diagnosed with the same form of bone cancer Terry Fox had and underwent several procedures, including amputation of her knee. After months of treatment, doctors discovered the cancer had spread to the teenager’s lungs.

Keera kept her outlook positive right up until the day her body could fight off the cancer no more.

It can take up to five donors for a cancer treatment. You can donate in honour of her courageous battle, and to continue the fight for Keera at the Elks Lodge tomorrow from 1:00pm to 2:30pm and from 4:00pm until 7:30pm.