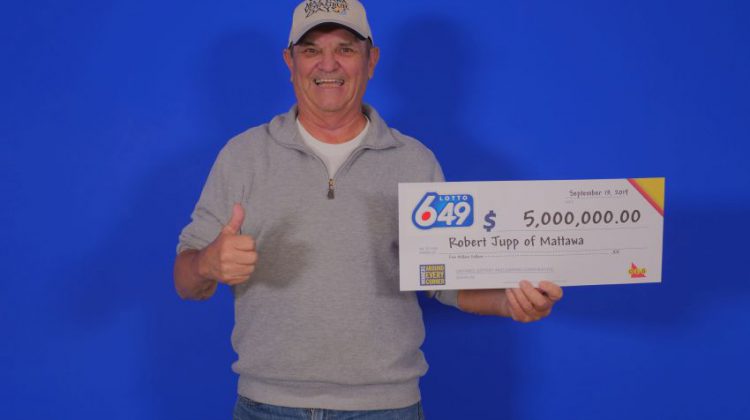 Last week, news of a jackpot winner from Mattawa was released and now the lucky lottery player’s name.

Robert Jupp of Mattawa is the big winner after matching all six main numbers in the September 11, 2019, LOTTO 6/49 draw to win the $5 million jackpot.

“I checked my ticket on the OLG Lottery App,” said Robert as he collected his newfound millions at the OLG Prize Centre in Toronto. “When I saw that I had won I was jumping up and down!”

The 70-year-old married father of three and grandfather of seven is planning to make some investments, take some trips and share with friends and family.

The winning ticket was purchased at Giant Tiger on Main Street in Mattawa.