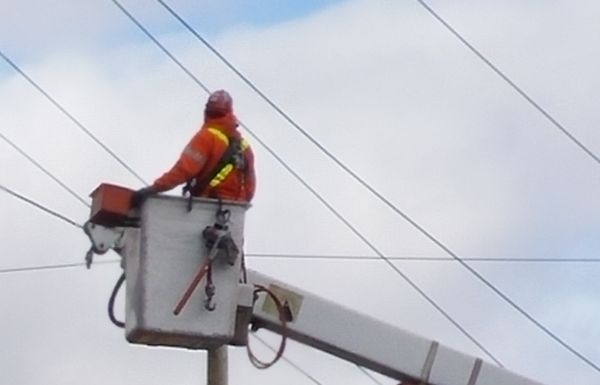 North Bay Hydro has confirmed an outage earlier this morning was caused by a fish, dropped on a transformer in the downtown core.

The investigating crew discovered the fish on the pole-mounted transformer. From North Bay Hydro: “This is NOT a joke. I repeat..NOT a joke. We have photographic evidence to validate our claim.”

North Bay Hydro’s social media director is always quick with the wit when dealing with customers anxious to have services restored. Their response on Facebook to the fishy situation: “That being said I can divulge the following…..it was a walleye….it was NOT a keeper……We assume a bird dropped it or was just looking for a comfortable place to eat. Or a resident has a great arm and practices tossing walleye in their spare time.”

Power has been restored on Worthington St. E.
The outage was caused by a FISH! That’s correct, a fish was dropped on a pole mounted transformer!