Rota will tell Trudeau he is ‘disappointed’ 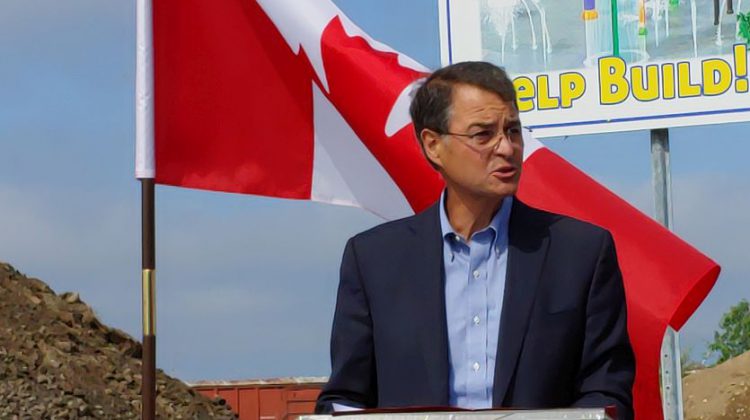 “To say that I’m disappointed in these photos that appeared is an understatement.”

This, from Anthony Rota, in the midst of a re-election campaign in Nipissing-Timiskaming concerning the Liberal Party’s Leader and Prime Minister Justin Trudeau.

Rota said the release of photos and video of Trudeau in racially-insensitive costumes brings up “feeling of hurt and has dredged up a lot of feelings in a lot of people.”

Asked if he still has faith in Trudeau as a leader, Rota replied, “He’s done an outstanding job until now. There’s no need to doubt him. But, we can be disappointed.”

In addition, Rota said he would express his disappointment in Trudeau’s actions in their next conversation.

Trudeau said he will not resign over the scandal, which involves the release of two photos and a video with Trudeau in brownface or blackface. The Liberal leader claims he did not understand the acts at the time.

“I didn’t see that from the layers of privilege that I have and for that, I am deeply sorry.”

Federal Conservative Leader Andrew Scheer said in a video posted to his social media in response to a Time Magazine story about the brownface incident, Trudeau is lacking “integrity,” and is “not fit to govern this country.”

Rota then referred to his own experiences with racism growing up in an Italian family in North Bay in the 1960s, where his “olive skin,” was often a point of discussion. He said the Trudeau images reminded him of those days when he was a target of racism.

“I really hope that he takes the time, and this is an opportunity to look deep inside himself, and to take a deep breath,” said Rota. “Racism does exist. If we take it as an opportunity to stop racism and make it real, it can serve us well.”

“When we look at this, I hope that this serves as a catalyst for all Canadians to reflect on what we do [and say] and how it affects others.”

Scheer himself has faced backlash for saying he would allow candidates who had made racist or homophobic remarks in the past to continue to run as long as they apologized.

Asked if the fact these incidents occurred as long ago as 18 years mattered to him, Rota paused for a few seconds. “That’s a tough one to answer,” he responded. “I think you want to judge somebody on what they’ve done in recent years. What they’ve done in the past is certainly something you want to consider. But you want to look at the intent that was there. And, I don’t know what that is right now.”