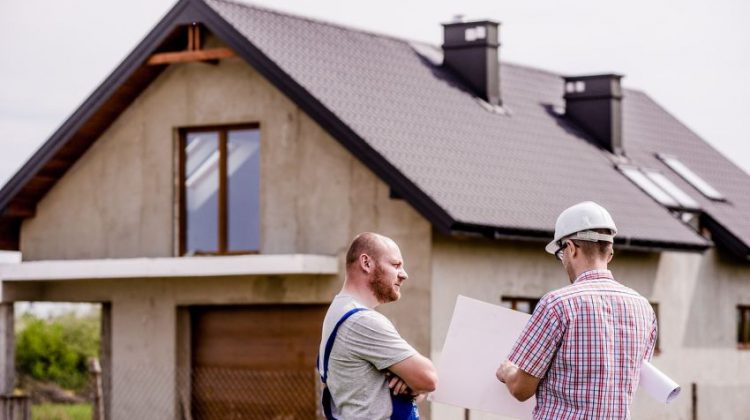 In a move to encourage residential growth in North Bay, a moratorium will be placed on development charges until this term of council is up.

“I just wanted to push it out for the complete term of council, offered Bain. “That way there’s going to be lots of data so those that are running and those that do get elected to the next council know that a moratorium has been successful.”

Deputy Mayor Tanya Vrebosch favoured the two-year of the version of the plan but agreed the initiative had its merits. She did caution about the practice of moving capital around when it comes to the budget process.

“It’s very risky and as the budget chief, it is something I have to make sure I put forward recommendations that are in the best interests of not just this council but of future councils, said the Deputy Mayor.

“We’ve seen in the past where we’ve fidgeted with capital before and last year we saw an increase in our budget because we had to put the capital back in,” added Vrebosch.

How much revenue would be lost by scrapping the development charges?

The residential fees collected so far in 2019, according to the City of North Bay, amount to $134,592. Taking the data provided for the last five complete years to 2014, the average of those years is equal to approximately $215,000. 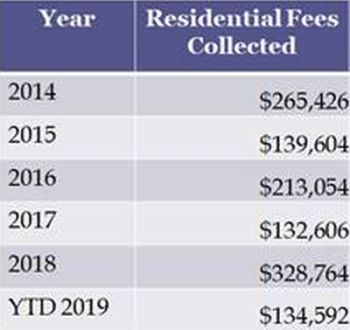 Residential Development Fees. (Supplied by the City of North Bay)

Is that loss of revenue worth it to encourage development and the growth said to accompany it? It is to a majority of Council, including Mayor Al McDonald who voted in favour of the moratorium.

“We’re very competitive on the commercial/industrial/institutional side. Where we’re not competitive is the residential side. If you look at our single-family dwellings, counts have been going down over the years,” said McDonald.

According to the City, there is an average residential development charge of approximately $10,000 per unit.

McDonald expressed the move to eliminate fees for the remainder of the term will seek to bring a competitive balance in the region. “It’s cheaper to buy a lot out there and they don’t have development charges…this encourages home building in our community.”