Take another route around Seymour blasting 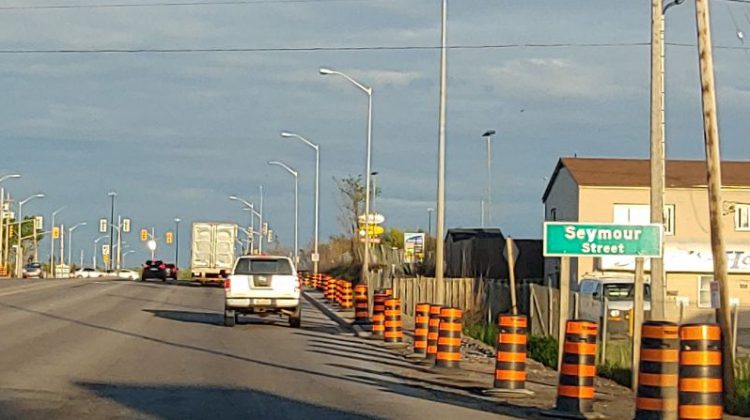 The City of North Bay has issued a notice of delays due to rock blasting and/or hammering due to the ongoing reconstruction project at the intersection of the Highway 11/17 bypass and Seymour Street.

Expect delays due to storm sewer installation. As a result of this necessary operation, lengthy delays to traffic travelling through the intersection may be experienced due to reduced travelling lanes.

To minimize the disruption to traffic, blasting/hammering has been scheduled to occur between 9:00am and 3:00pm, with the intersection operating normally outside of those hours.

The contractor anticipates the work requiring reduced lanes for rock blasting/hammering to extend to Thursday.

During this period travellers should add extra time to their schedule when using this intersection or take an alternate route as follows:

The City of North Bay, MTO and Contractor are aware of and appreciate the need to maintain traffic through the Hwy 11/17 and Seymour Street corridors but the necessary work must be completed responsibly and safely.