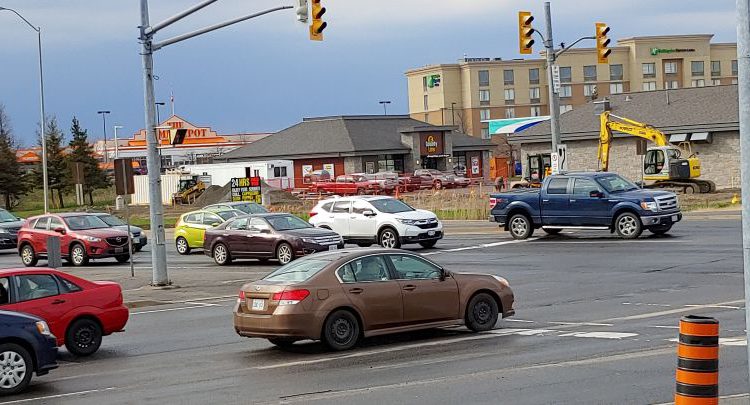 More delays are coming to the intersection of Highway 11/17 and Seymour Street.

The intersection reconstruction project has encountered more rock while installing a storm sewer. The rock will require blasting and hammering on both the northbound and southbound lanes.

As a result, lengthy delays to traffic are expected due to the reduced lanes starting on Monday. In an effort to reduce the impact, the hammering and blasting is set to take place between 9:00am and 3:00pm with the intersection operating normally outside of those hours.

Work is anticipated to last until Thursday, but it will be reassessed at the end of the week.

During this period, be prepared to add extra time to your schedule when using this intersection or plan an alternate route.