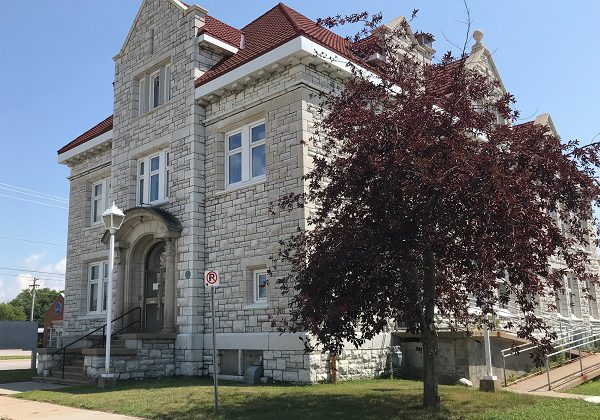 The original headquarters of the ONR is available for lease. (Photo supplied)

The former headquarters of the Ontario Northland Railway is available for lease.

Owner Mark Deacon says that any business, organization, or start-up are advised to consider the opportunity of taking up space in the 111-year-old historical building. According to Deacon, there is ample space, great location, and close to local amenities.

“There are various options available for square footage,” Deacon, who bought the building in 2018 explained. “If all three floors are needed, that’s great or if only a portion of the second floor than that works too.”

Built-in 1908 as the headquarters for the Temiskaming & Northern Ontario Railway (T&NO), 195 Regina was most recently used to house Ontera/ON Telcom.

“This building has been a passionate project for me. I fell in love with the space, and after I learned that the same architect designed my home, I just had to be a part of its story.” Mark explains. Mark’s roots in Englehart – a true railway town – sealed the deal for him.

Located at 195 Regina Street, right next to the current headquarters of the ONR, it is listed as a Priority-One heritage building by the City of North Bay. Its white limestone of the exterior walls was quarried in Kingston, Ontario and has been considered Edwardian in style. Often it has drawn comparisons to the Pro-Cathedral on MacIntyre East as the church was built four years prior.

“The building embodies the economic prosperity that was prevalent in North Bay at the time it was built, and we know that it will spend its second century as a beacon for growth and economic development as North Bay drives to ‘Grow the City’”, says Brad Minogue of Coldwell Banker.