NBPS initiate a hold and secure at Widdifield 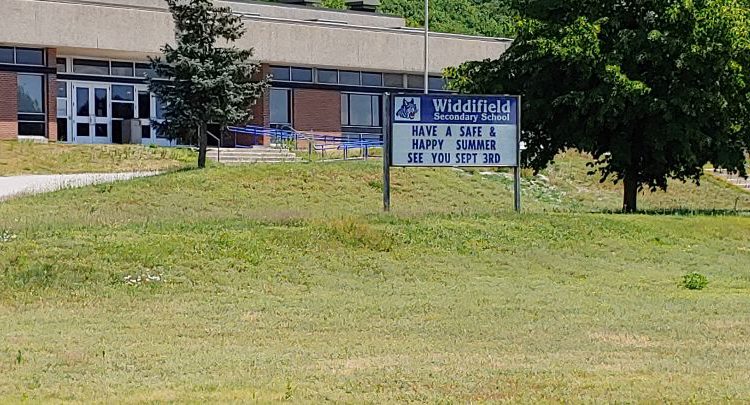 Teachers are not expected to lose their jobs during the consolidation process. (Stu Campaigne, MyNorthBayNow.com staff)

North Bay Police have announced that they held Widdifield Secondary School in a hold and secure.

A hold and secure is a response when there is a threat or incident in the general vicinity of the school but potentially not on or very near to the property. School life continues on as normal inside the school, but there are precautionary measures taken such as locking the outer doors with no one entering or leaving the building.

As part of an assault investigation near the school, North Bay Police initiated the protocol to ensure access to the property that was subject to the investigation.

The hold and secure was done as a cautionary measure and there was no safety issue with anyone inside the school.

North Bay Police advise that the investigation is still ongoing and more information will be made available when it does not compromise the ongoing investigation.