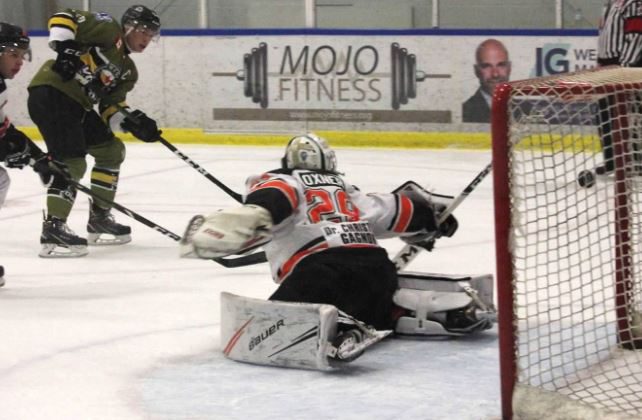 “I think at this point in the year you just get into routines,” Head Coach Max Gavin said. “You just try to keep things the same day in and day out so the boys are ready to go and feel prepared. Credit to them as I have been trying to all year, they’re working really hard and the results are coming from that hard work.”

The victories have pushed Powassans win streak to 16 games.

Two of the three wins this week came against the Cochrane Crunch and defending NOJHL champs, the Hearst Lumberjacks with 2-0 and 7-1 scores respectively. Powassan’s impressive run has them winning 16 games in a row and 18 of 19 so far in the still early going. The Voodoos lone loss came in a 4-0 game in game three of the season against the Kirkland Lake Gold Miners.

Since then, it seems as if Powassan has exorcised those demons by defeating the Gold Miners 7-2, 4-1, and 7-2.

As for the two wins against the Crunch and Lumberjacks, earlier in the year Gavin said things would eventually tighten up and despite the victories, he is seeing it already.

“There is less scoring chances out there, less back and forth on rushes, ice is more earned,” Gavin explained. “Especially on special teams, things are tightening up, but that’s up to us to adjust.”

Owen Say continued his torrid start to his NOJHL career by picking up a weekly star honour and being named goalie of the month for the second straight month. 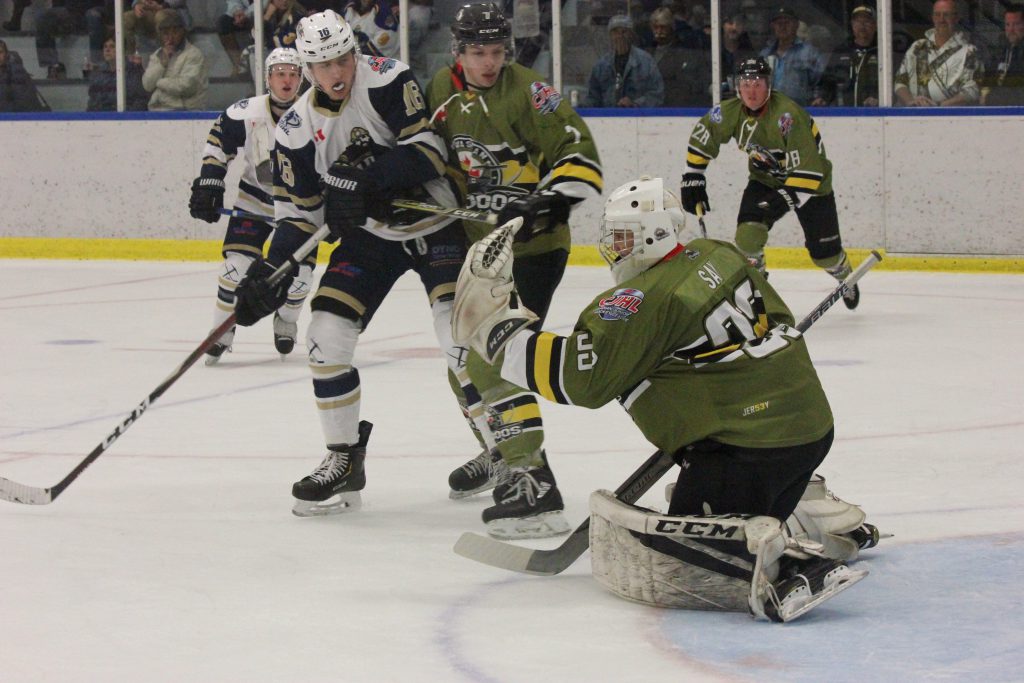 Owen Say making a glove save. (Supplied by Powassan Voodoos)

“Owen’s given us a chance to win every night, and Luke (Greenwood) as well,” Gavin said. “Kudos to Owen on getting the nod, and I think Luke is doing a great job and all you can ask from your goaltenders is a chance to win a game, they have been doing that for us.”

So far Say has 13 wins in as many appearances for the Voodoos while his 1.86 goals against is second in the league and the .938 save percentage is also second. As for Greenwood, he has five wins in six games played with a 1.67 goals against and .931 save percentage. Greenwood also has two shutouts in those games. As Gavin pointed out, those numbers certainly make it easier for a team to stay in games.

As for the coming week, Powassan takes to the road to take on the Espanola Express and French River Rapids.

“Espanola has won some big games recently and French River has took out Timmins, so like I said, teams are going to continue to get better,” Gavin stated. “It’s up to us to push ourselves and keep up the pace and get better and hopefully come back with better results.” 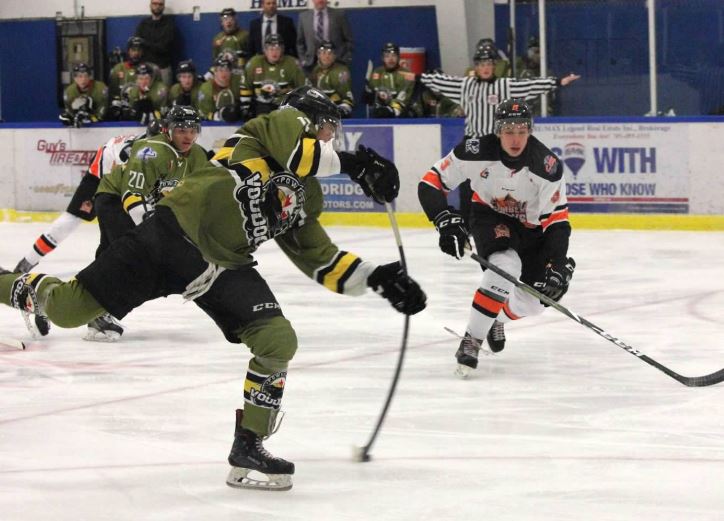 Cade Herd getting some power behind his shot. (Supplied by Powassan Voodoos)