North Bay Police Service and the OPP announced their jointly ran “Project Drifter” has been a success to this point.

“I think it is important to take some action against the people who take the greatest danger on our community,” North Bay Police Chief Scott Tod said. “This started as looking at drug trafficking in downtown North Bay, but what we realize now are the influences that come into North Bay are vast and across the region.”

“What we have learned is there is a group of criminals within North Bay and the community that actually prey upon people who suffer from mental health, addictions and other concerns in our community.” 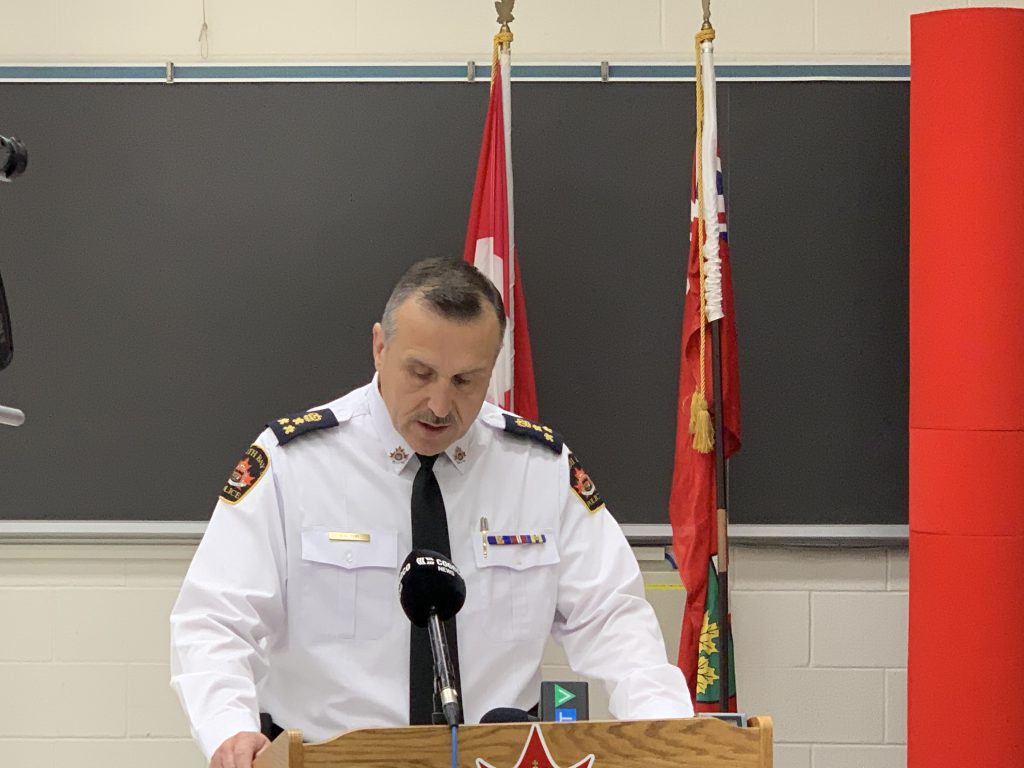 The two police services worked together by sharing information and resources. By doing so, the OPP and NBPS were able to work together to identify and take enforcement action against those involved in the illegal sale of controlled substances that manipulate and take advantage of individuals struggling with substance abuse.

“It was a collaborative approach between services in Ontario and Quebec and that is the importance of sharing the intelligence information and enforcement as time goes on,” said Karl Thomas, the acting OPP superintendent. “It is really important that during an approach that sharing resources and techniques will make our communities safer.”

“In North Bay, we are at a crisis level in regards to opiate addictions and use,” Tod stated. “We are very concerned about the overdoses and death in the community. The biggest concern right now is the number of overdoses that are happening and people are being saved by naloxone and we are not aware of it. That, to me, is information we should be aware of.”

The drug bust resulted in significant products being removed from the streets:

The 30 people arrested in the ongoing Project Drifter, will have 106 charges heard by the courts. 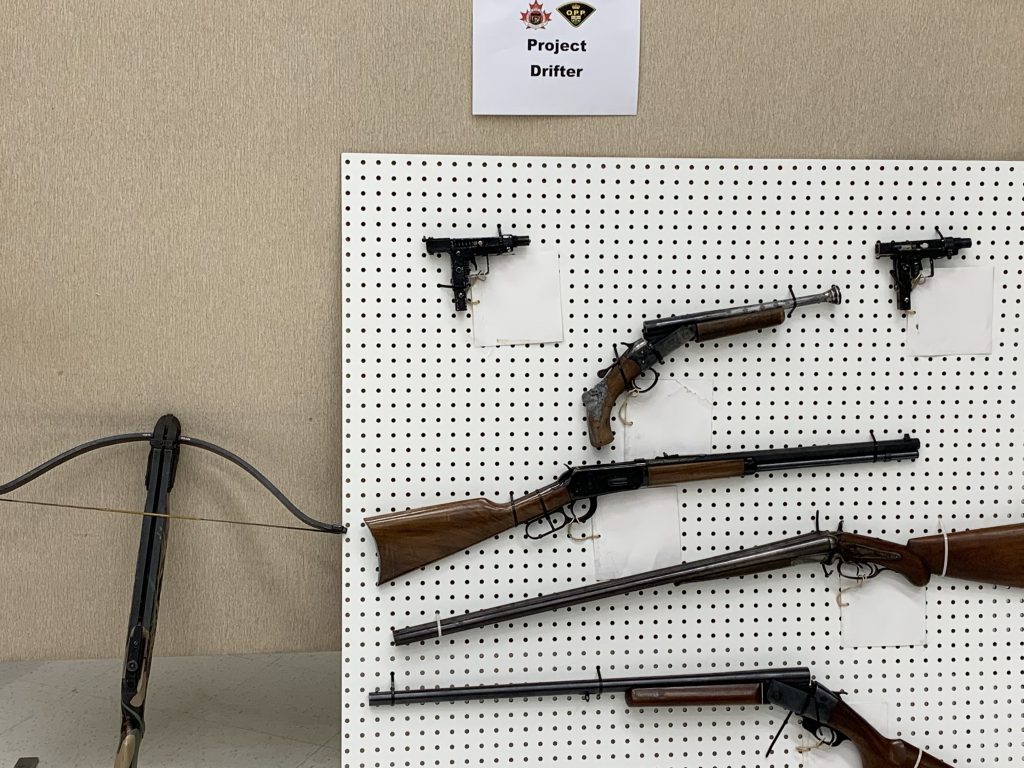 Some of the weapons seized during Project Drifter. (Kortney Kenney MyNorthBayNow.com staff)