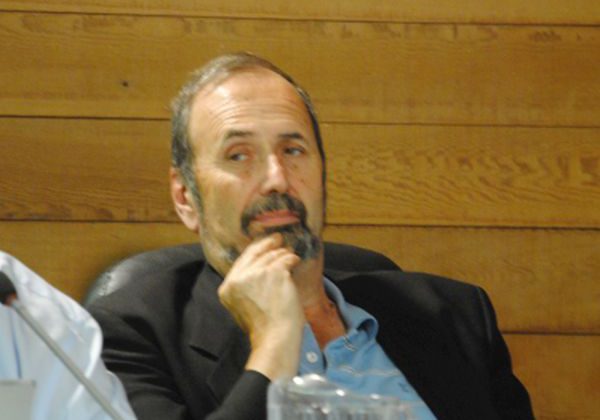 Longtime North Bay city councillor George Maroosis is being honoured for his years of service to the community.

The idea to honour Maroosis comes from a resolution proposed by Deputy Mayor Tanya Vrebosch and seconded by councillor Mark King.

Maroosis served as a city councillor for 32 years and the recognition for his service will come in the form of dedicating the first piece of public art in his name.

No date for the ceremony has yet been set.

Vrebosch says a community shouldn’t have to wait until someone passes away before they are recognized for an achievement.

She says that was the case with former Mayor Jack Burrows.

“You should be recognized while you’re still alive,” she said.

Vrebosch says there was a debate on what form the recognition should take with Maroosis and adds the idea of art was agreed upon because of his art store and love for Indigenous art.

She says the city’s Public Art Committee is working on what shape the dedication will take and adds it could be in the form of a painting or sculpture.

Vrebosch says Maroosis has had a huge impact on the city in his three decades plus of service.

He’s been involved in numerous boards including chairing the city’s Operational Review Committee for about two years.

Over the years Maroosis picked up the nickname The Wrench.

“He was called The Wrench for a good reason,” Vrebosch said.

“Things could be going great (at a meeting) but then he’d just throw out one question and everything went up in the air.”

Mark King knows exactly what Vrebosch is talking about with the nickname.

King’s father Don served on council many years ago and that service coincided with Maroosis’ earlier days on council.

King recalls one incident when he was a teenager and his father talking about that evening’s council meeting and how he had Maroosis’ support on a particular issue.

King says his dad went to the meeting “and when he came home late at night he said George The Wrench changed his mind”.

“My dad was fiery,” King said.

“He was really angry with (George) at first for a while.  But they were the best of friends.”

Maroosis was the chair of the Nipissing District Social Services Administration Board when Mark King took over as chair at the urging of Maroosis.

“He’s very knowledgeable and has true respect for people who aren’t as lucky as we are,” King said.

Councillor Mike Anthony said he learned a lot from Maroosis over the years.

But one of the biggest takeaways was not holding grudges against a fellow councillor.

“George would say Mike when everything is said and done we should be able to have a coffee no matter how much we disagree,” Anthony said.

She says other nearby communities have these programs in place and it’s time North Bay followed suit so that it “can say thank you”.