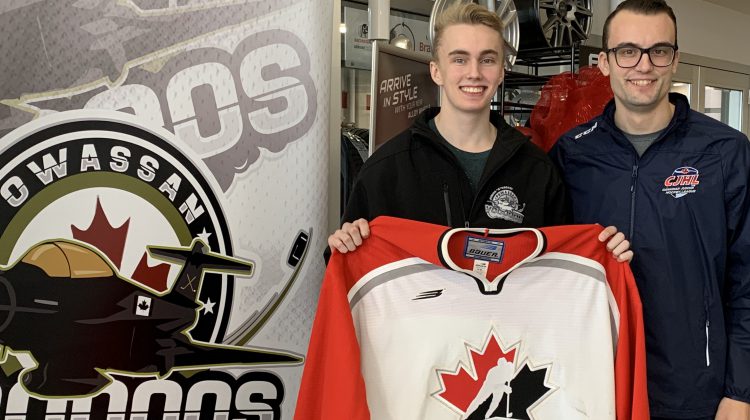 Owen Say has been announced as one of the two goaltenders to lace up the skates for Team Canada East at the World Junior “A” Challenge.

Say, the goaltender for the Powassan Voodoos, is excited about the chance.

“It’s a great opportunity for me, especially down the road as my career goes on,” Say explained. “It’s something I dreamed about as a kid, putting that jersey (Team Canada) on, so it’s a dream come true.”

Say was a late addition to the Voodoos, as he came up on a one-game try out in training camp, but impressed the team’s brass enough for them to keep the London native on.

“They gave me a shot in exhibition,” Say said. “I proved a point. I came and played my game, took a job and had fun.”

“I think the first day he stepped on the ice, and you get a feel for a goalies presence and how he handles himself, we saw that from Owen right away,” Voodoos head coach Max Gavin said. “I have to give all the credit in the world to Owen for earning this opportunity because he came up here on a tryout. Nowadays, especially when we are trying to get players to come up here, everyone wants a guarantee, everyone wants promises and making sure they have a spot.”

Say has been one of the better success stories so far this season in the Northern Ontario Junior Hockey League (NOJHL). Named the NOJHL’s goalie of the month for both September and October, Say was undefeated in his first 16 games.

“For a kid his age, to come all the way up from London for one game, and putting it on himself to earn a spot, and now he has gone from potential spot to earning a spot on Canada East, all the credit goes to him,” Gavin continued. “I think it is a good lesson for a lot of younger players who might not get guarantees and are offered try-outs, take them because you never know what it can lead to.”

“It’s a credit to our whole organization top to bottom,” Gavin explained. “We try to treat kids with first-class experience and JJ does a great job, and the Team Canada East players are going to see that. He will allow them to focus on their own game. I think for Owen and JJ, it’s a huge opportunity and they are going to represent the Voodoos well and we are really excited for both of them.”

The tournament runs from December 7 to 15, but if it were up to Say, it would start tomorrow.

“I am excited for the next level of other players and seeing all the skill we have through Eastern Canada,” Say stated. “Also seeing Canada West, the US teams, and the faster teams will be a good takeaway.”

Say also represents the first player locally in the tournament since Sacha Guimond, who played with the North Bay Jr Trappers in 2009.

Joining Say and JJ on Team Canada is North Bay native Cole Craft. Craft is currently plying his trade with the Rockland Nationals of the Central Canada Hockey League. 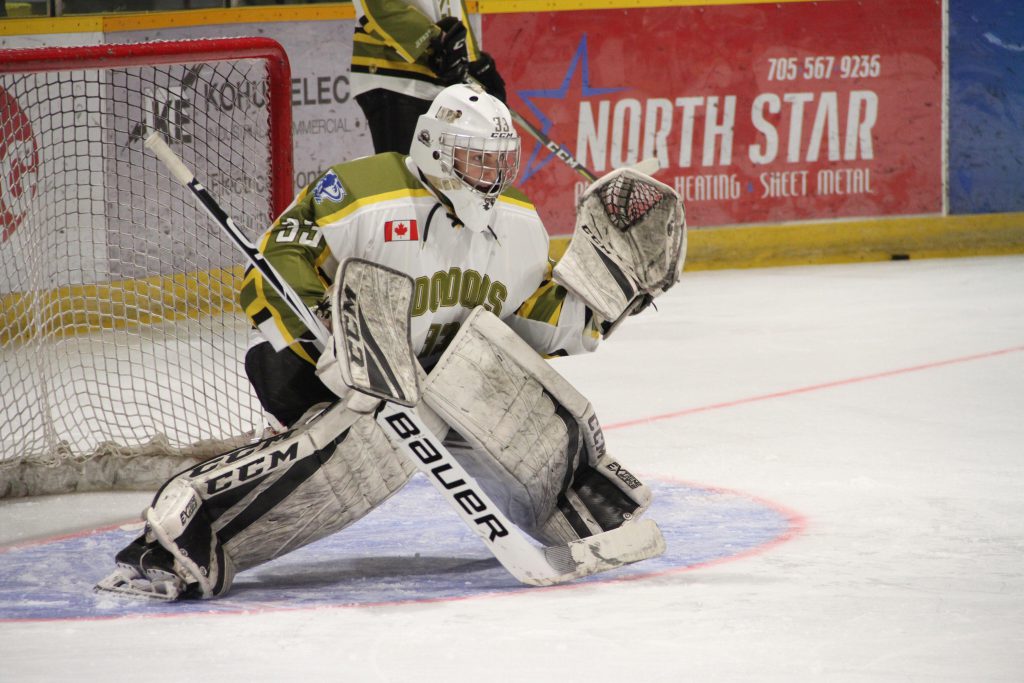