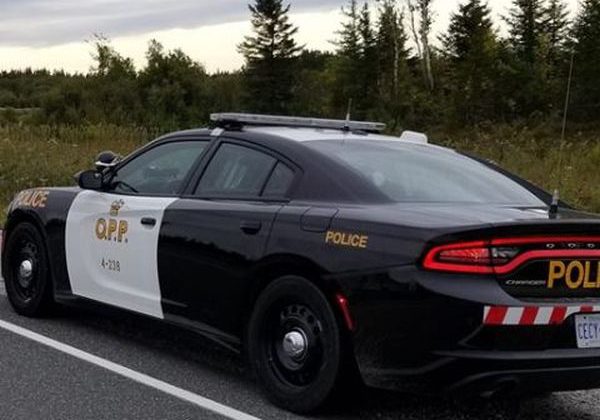 The North Bay OPP says a fake accident was called in after a man fled from a RIDE program. (OPP, Facebook)

Two more people under the North Bay OPP’s jurisdiction have been charged for impaired driving.

The first incident took place Friday night. Officers received a call about a domestic dispute in Mattawa, where one person left the area in a vehicle. Police found the vehicle in North Bay and say they found the driver to be impaired.

Officers say they arrested the driver on the scene and brought them into North Bay OPP for testing. As a result of the investigation, the 36-year-old from Mattawa has been charged with:

The accused has been released on recognizance of bail and will appear at the Ontario Court of Justice in North Bay on December 17.

The second incident happened early Saturday morning. Officers were advised of a possible impaired driver on Highway 17 near Bonfield. As police were on their way, the car crashed into a guard rail in Calvin Township.

The driver was not injured in the collision, and officers say they arrested the man at the scene for impaired by drug. The man was taken to the North Bay Police Service for further tests by a Drug Recognition Expert (DRE) officer.

Police say a search of the vehicle turned up a small amount of suspected crystal meth along with a large machete.

As a result of the investigation, a 23-year-old from Hamilton has been charged with:

The man was released on a promise to appear and is scheduled to appear at the Ontario Court of Justice in North Bay on January 14.

Both drivers have been issued a 90-day automatic driver’s licence suspension, with the man from Hamilton having his vehicle impounded for seven days.