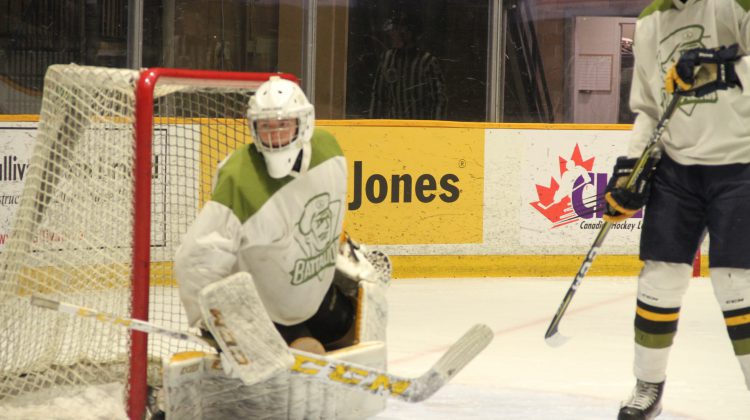 Christian Cicigoi at Battalion camp in August. (Supplied by the Powassan Voodoos)

The Powassan Voodoos are bringing back another familiar face.

The first place NOJHL club is welcoming back goaltender Christian Cicigoi from the North Bay Battalion days before the January 10 deadline to acquire players.

“I am honoured and excited to be back and help out this great organization,” said Cicigoi.  “I am looking forward to getting back to playing the game I love. I want to help this team win a championship.”

Cicigoi was originally a sixth round, 103rd overall pick in the 2016 OHL Priority Selection to North Bay, appeared in seven games for the Troops in the OHL this season.

Prior to his stint with the Battalion, “Cheech” spent the previous two seasons with the Voodoos, including a 23-win showing in 2016/17 when he was 16.

“Christian is familiar with the program, including the players and coaches,” said Dawson. “He’s not only a great goaltender but a great person. He needs to get into some game action and it improves our goaltending position along with our Team Canada East goaltender Owen Say. We wanted to get better before the final trade deadline and I think we did with this move.”

As for the other goaltender in the Powassan picture, Luke Greenwood has requested a trade from the organization. Dawson says they expect to move him before Friday’s deadline.

Cicigoi is expected to join his teammates tonight when the Voodoos take on the Kirkland Lake Gold Miners at home.

Health Centre to get 35 temporary beds