Impaired charges up after RIDE numbers come in 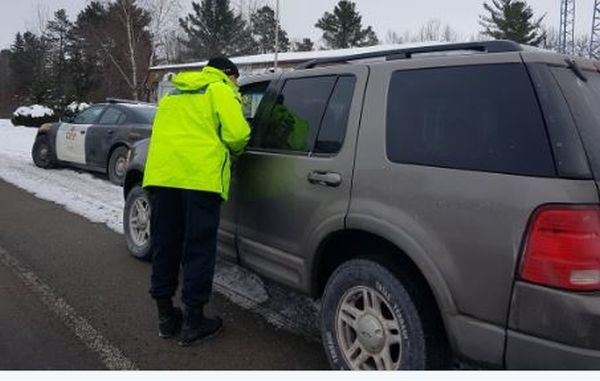 An OPP officer conducts a RIDE check. (Supplied by the OPP)

The numbers are in from the past RIDE campaign, and it is not looking good for the North East Region according to the OPP.

The campaign, which ran from November 23rd to January 2nd, yielded 61 impaired arrests or charges, according to police. Another 30 motorists received automatic drivers’ licence suspensions after falling under the warning range during roadside tests.

“It’s very disappointing and concerning to see that so many drivers in our region are choosing to put their own lives and the lives of everyone else on the road at risk,” said OPP Traffic Inspector Scott Hlady, North East Region’s Traffic, and Marine Manager.

From 2016 to 2018, impaired charges and automatic suspensions were in decline says the OPP, but in 2019 those numbers rose approximately 38 and 30 per cent respectively. Police add the RIDE program will continue to be conducted throughout the year in an effort to increase public safety and reduce criminal death and injury on highways, waterways, and trails.