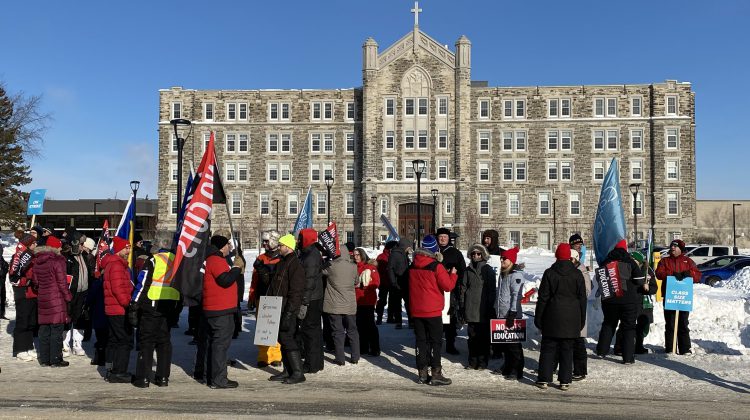 On Tuesday, 38 of the 58 area schools were closed.

The reason? The Ontario Secondary School Teachers Federation (OSSTF) and Ontario Catholic Teachers’ Association (OECTA), which represent staff at both the Near North District School Board (NNDSB) and Nipissing-Parry Sound Catholic School Board (NPSC) were participating in a one-day rotating strike. Both of the unions are negotiating new contracts with the province, but those talks have stalled.

“We would like to be bargaining and not in this position,” the local President of OECTA, Rick Belisle said at the picket line in front of St. Joseph Scollard Hall. “Catholic teachers have met over 40 days with the government and we have nothing. In fact, they have pulled proposals and have fired their bargaining team. This government does not want to bargain a fair contract with us.” 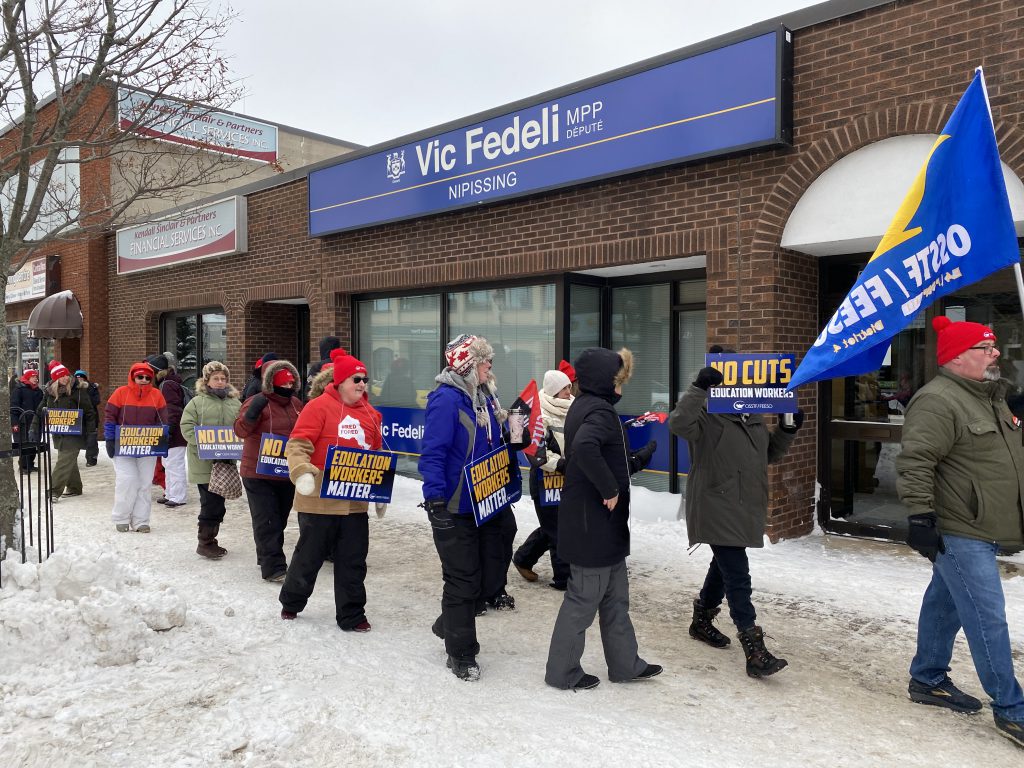 “We have been totally left out of the picture when it comes to media and Stephen Lecce,” Simkins said. “He refuses to talk about our issues, he has left education workers out. They said there would be no lay-offs over their revamping of the education system, but I still have members who are off.”

Meanwhile, Fedeli says the government is on the side of students and families.

“Parents are rightfully frustrated that every few year’s teacher unions escalate against the government of the day,” Fedeli said. “Premiers Rae, Harris, McGuinty, Wynne, and now Ford may not have much in common ideologically – except for the cyclical challenge of teacher union escalation. It is unacceptable that OSSTF would ramp up strike action at a time when high school students are preparing for exams.”

“Our message to teachers’ union leaders is clear: enough is enough with the strikes that only hurt our kids,” Fedeli continued. “Let’s focus our energies on getting a deal that keeps students in class.”

“We purposely made sure the kids weren’t affected,” Belisle said, disagreeing with Fedeli’s comments. “We did not target any exams during this. Mr. Fedeli and the Ford government constantly talk about their message, and they don’t change it, unfortunately.”

Simkins adds it is frustrating that there has been little traction in talks.

“We’re hopeful we can get a deal,” Simkins said. “The government has to come to the table though. This is supposed to be good-faith bargaining. It’s very frustrating, especially when they gave themselves a 14 per cent increase. They make quite a bit more money than we do.”

With the one day strike over, is there anymore job action planned for OECTA?

“I’m really hopeful that we get back to the table,” Belisle explained. “We are in a legal strike position and if our provincial executive says there are more, we will see what happens then. This should be a message to Lecce, Fedeli and Ford, get back to the table with all the unions and get a deal.”

“We don’t do local bargaining until the central deal gets done,” Belisle added. “Our school board is willing to meet and negotiate, but it’s the government that is the stumbling block.” 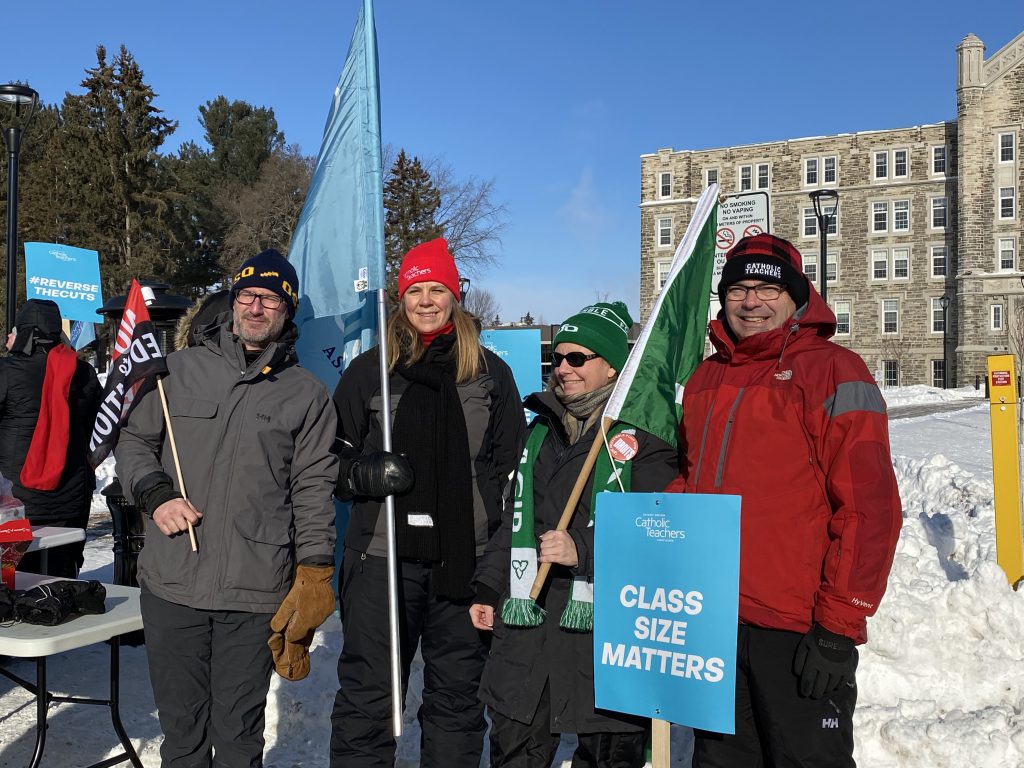 Members from the different unions stand together outside of Scollard Hall. (Kortney Kenney MyNorthBayNow.com staff)