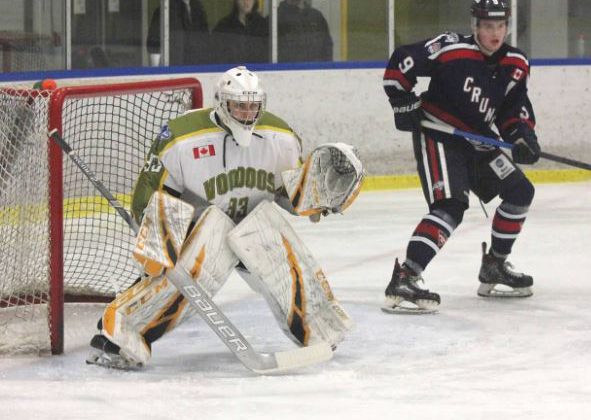 Owen Say at the ready against Cochrane. (Supplied by Powassan Voodoos)

Powassan Voodoos goaltender Owen Say has once again been named one of the three stars of the week in the NOJHL.

Say had been sidelined in recent weeks with a lower-body injury, but returned to action with 4-1 and 1-0 wins over the Cochrane Crunch and Timmins Rock respectively. The 18-year-old from London stopped 81 of 82 shots fired his way in the two games, including a 44 save shutout over Timmins in what was a battle between the two NOJHL titans.

In 26 appearances, Say leads the league in wins with 22, and sits tied for save percentage, with Blind River’s Jackson Hjelle at .935.

This is Say’s third time being named one of the three stars this season.