Near North elementary schools to be hit by strikes again 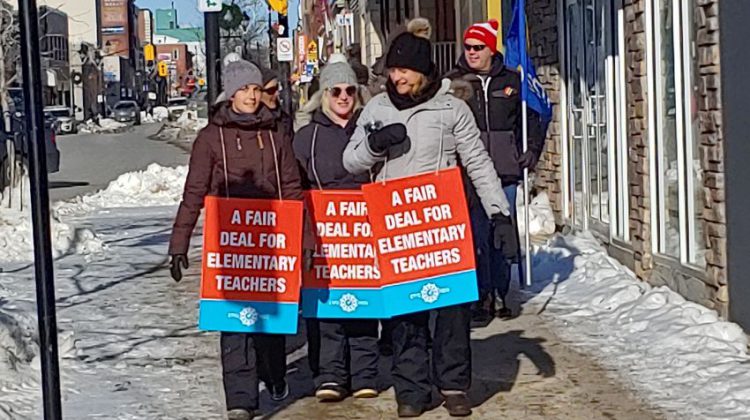 All elementary schools under the Near North umbrella will be closed to students for another two days this week.

Over the past week, students were out of class on Wednesday and Thursday because of strikes by the Elementary Teachers Federation of Ontario (ETFO). The union announced the following full withdrawal of services, barring an agreement with the Ontario government:

On February 11 and 14, all NNDSB schools will be closed to elementary students (JK- Grade 8) but will remain open and accessible to Grade 9-12 students.

As such, composite schools with intermediate students, such as West Ferris, Chippewa and F.J. McElligott, will remain open for high school students but will be closed to grade 7 and 8 students.

ETFO has advised the board members will not stop cars and will not detain people who are using the building for other purposes such as childcare or for secondary students at composite schools.

Near North advises parents to make alternate arrangements for their children.

All Early Years programs, child care, school-aged programs and Early On Child and Family Centres will remain open. Community use of facilities will be unchanged.

The schools that will be affected are:

The schools will reopen on Wednesday following the Tuesday strike and then on Tuesday, February 17, after the Friday strike and Family Day holiday Monday.