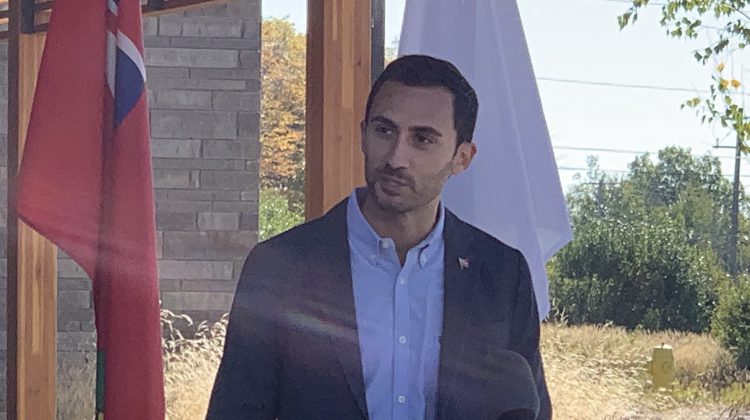 Nipissing MPP Vic Fedeli says Premier Doug Ford has made it clear where the government stands when it comes to supporting its education minister.

NDP Opposition Leader Andrea Horwath recently called on Ford to “hit the reset button on education negotiations by removing Education Minister Stephen Lecce, and giving a new minister a new mandate — one that doesn’t include cuts to education.”

Horwath added Lecce, like Ford, has “demonized education workers, ramped up the rhetoric and dug in his heels on the cuts to children’s education. The impact is a bad relationship that’s a roadblock to a deal — which means more missed school days for students.”

“I think the Premier was pretty clear that he fully supports the education minister,” responded Fedeli when asked about Horwath’s demand. “It’s the teacher unions who, once again, broke their promise to parents by proceeding with one-day withdrawal of services, province-wide.”

Asked if there is any wiggle room in negotiations between unions and the government, Fedeli responded, “I’m not going to negotiate the education deal in the media. Our government has always been working to ensure that young people can develop the skills they need, in the classroom but also for jobs of the future.”

Fedeli, who also serves as minister of economic development, job creation and trade, points to the Ford government’s increase of $1.2 billion in education spending over last year as a sign of its commitment to support a quality education system.

In calling for Lecce’s removal, Horwath said, “As premier, the buck stops with Doug Ford. He is the only one that can end these strikes and get our kids back in the classroom where they belong.”