All’s well at Canadore, take their word for it 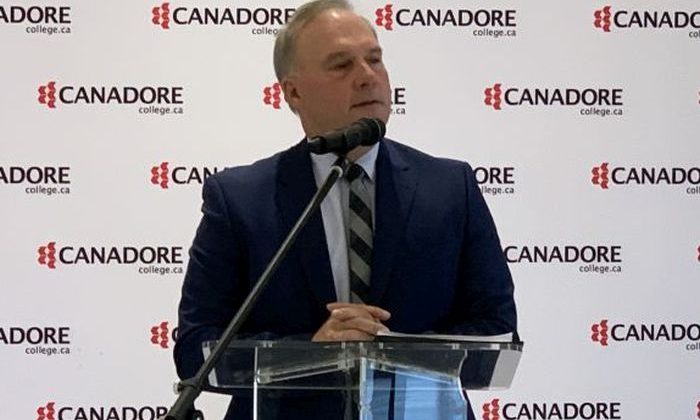 An investigation into workplace issues at Canadore College will not be specifically commented on by the school’s Board of Governors, nor will the report be released to the public.

Members of the executive committee (and the board as a whole) have now had a chance to examine the third-party investigator’s report into concerns about a toxic culture at the school.

In a statement, Canadore says it has “no intention to release the report. In an investigation like this, it is normative that the report not be released publicly. The investigator cautioned the College about releasing the report due to its nature.”

Furthermore, Canadore “will also not be commenting on the specifics of the report. This is consistent with the recommendation of the investigator. Most of the individuals who came forward to the investigator chose to remain anonymous, which was permitted to ensure people felt comfortable in raising their concerns. Their anonymity was respected by the investigator and we don’t wish to do anything that would threaten that confidentiality.”

The following reasons were given by Canadore for keeping the report private:

Canadore explained its reasons the third party investigation was deemed necessary. “Last year, a Human Rights Application was filed by a former employee regarding the workplace at Canadore. Some of the allegations in that application became public and created concerns related to the work environment at the College.”

Canadore President George Burton has said Canadore retained the third-party investigator, “In order to ensure that all members of the Canadore community had the opportunity to make their voices heard in a protected environment and to determine the extent of these issues and how we might best address them.”

“The College takes these issues very seriously and, as a result, engaged a third-party investigator to ensure that all members of the Canadore community had the opportunity to make their voices heard and to help the College determine how best to address any issues that arose. We thank those who chose to participate.”

Canadore has released what it claims is information from the report, although there is no way to verify it:

Now that the investigation process is complete, it is “Canadore’s goal to continue to move forward and ensure that our College Community is a place where employees feel free to raise their concerns openly,” according to the statement.

“Despite the fact that none of the participants wished to pursue a formal complaint, we think it is important to remind our employees that there is an avenue available for participants to engage in a formal investigation of their issues if they wish that to occur. Those employees who participated and wish to identify themselves and wish to file formal complaints in accordance with our policies will be given the opportunity to do so.

“It was terrifying for them to speak out because there’s such a poisonous culture of intimidation and reprisal at Canadore. But they testified anyway because they love their work and they care deeply about the quality of education they offer the students.”

Thomas added OPSEU is “going to make sure that people are held accountable and that real change starts to happen at Canadore.”