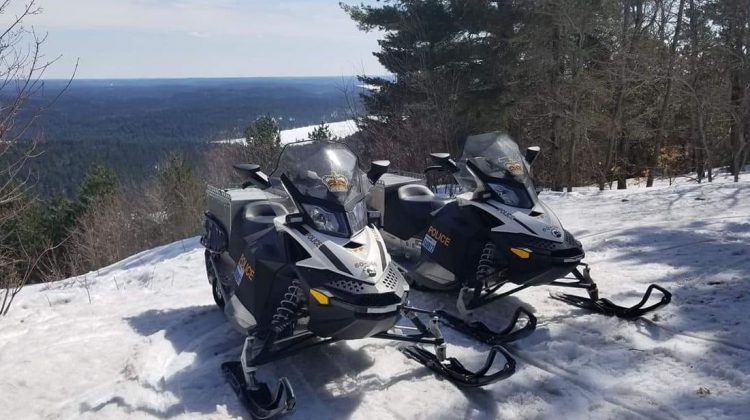 There were two snowmobile incidents over the past weekend for North Bay OPP. (Supplied)

North Bay OPP had a busy weekend when it came to thrill-seekers on snowmobiles.

On Saturday just after noon, a snowmachine hit a bank and rolled on Trail D near Village Road in East Ferris. The driver suffered minor injuries.

Officers say the operator was charged with driving with no insurance and driving without a permit.

The next day, police responded to a snowmobile collision on Culham Road in Nipissing Township around 8:30 p.m. Officials say an investigation showed that the vehicle left the trail and the driver sustained serious injuries and was brought to the hospital.

The incident remains under investigation.

In the wake of these incidents and the weekend’s fatal snowmobile incident in Kearney, the OPP say that the majority of snowmobile fatalities and collisions investigated are linked to poor driving behaviours and snowmobilers taking unnecessary risks.