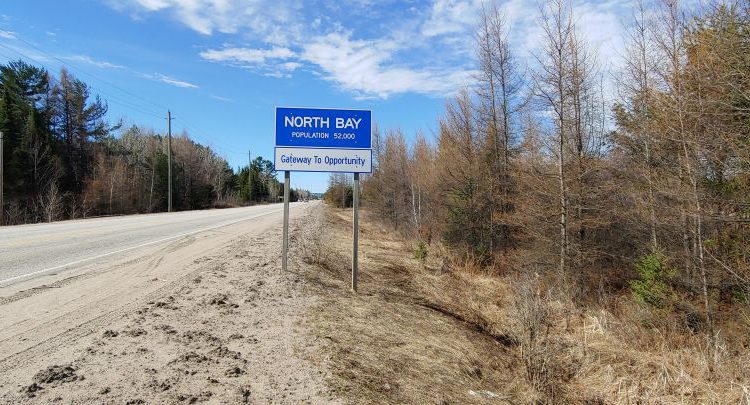 North Bay has been recognized with an honourable mention on a list of Canada’s most secretive municipalities.

Besides North Bay, the jury also indicated four other municipalities that, “thanks to similar achievements in government secrecy, deserve honourable mentions.” Cranbrook, B.C., Morinville, Alta., Cornwall, Ont., and Côte-Saint-Luc, Que made the list.

The award is given annually by The Canadian Association of Journalists, Centre for Free Expression at Ryerson University, News Media Canada and Canadian Journalists for Free Expression to “call public attention to government departments and agencies that put extra effort into denying public access to government information to which the public has a right under access to information legislation.”

In recent years in North Bay, citizen Kevin Ferris filed Freedom of Information requests concerning a ghost advisory position for former CAO Jerry Knox as well as a request for final numbers from the now-defunct local Summer in the Park music festival.

When contacted for a comment, Ferris said, “The city denies any and all reasonable requests for information until the Privacy Commissioner forces them into complying with the request. It would be interesting to know how many FOIs, ombudsman complaints, and Integrity Commissioner complaints are currently open with the city.”

Ferris added, “It might take another FOI to find that stuff out.”

The awards jury, which comprised representatives of the four press-freedom advocacy groups, recognized the Town of Erin with this citation:

It has become commonplace for The Town of Erin to refuse to be transparent with the media and therefore local residents on even basic matters of public interest. Local officials regularly avoid interviews with the media, insist that all communications from media must go through a recently hired communications officer, and Chief Administrative Officer and only by email. Even these requests are then dodged or refused. Worse yet, Erin officials have failed to inform the media of meetings at which major decisions will be made.

In response to a large number of senior staff and department heads being fired a couple of years ago staff at the Wellington Advertiser submitted FOI requests for details of severance payments. Erin refused these requests and Erin Mayor Allan Alls told the media they would not release these details unless forced to by the commissioner.

All four organizations say they will continue to advocate for substantive reform to Canada’s federal access-to-information law.