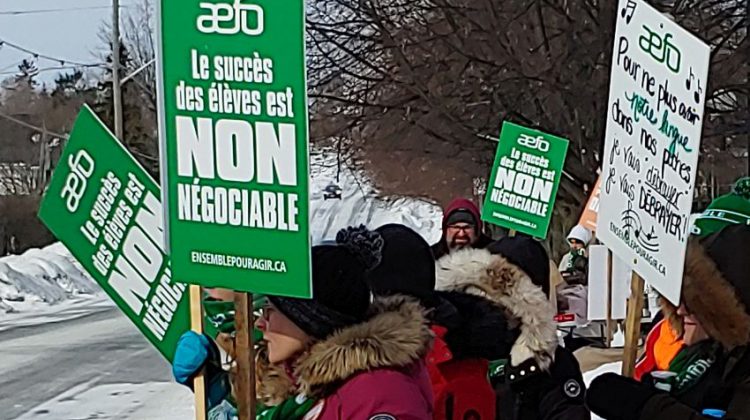 The Association des enseignantes et des enseignants franco-ontarien (AEFO) says because of the heavy snowfall in the forecast for Thursday, the planned province-wide strike has been cancelled.

“This cancellation has nothing to do with bowing down to the demands of the government and the school boards, and everything to do with ensuring AEFO members’ safety on picket lines,” the union said in a release. “The effectiveness and safety of picket lines could also be compromised, such as icy sidewalks and unplowed sites, which could result in unsafe picketing.”

The planned strike would have meant all French-language students from Junior Kindergarten to Grade 12 will be out of class.

The schools that were to be closed for the day are:

AEFO says they will continue bargaining with the province and Employer Bargaining Agency on Friday. The union represents 12,000 teachers and education workers across Ontario.